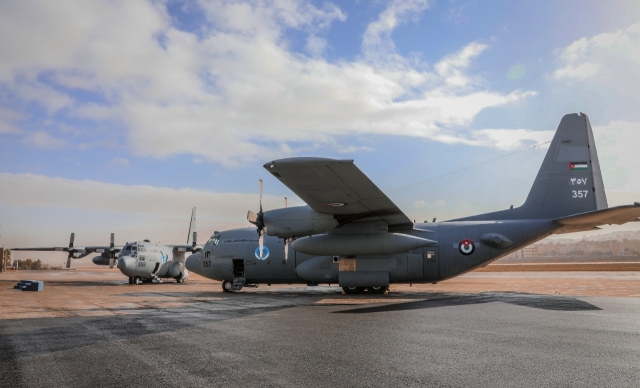 The transfer of the C-130Hs was already announced by the DCSA (Defense Security Cooperation Agency) in March 2019. The aircraft were drawn from the Excess Defense Articles programme.

During a ceremony held at Amman-Marka air base to commemorate the transfer of the aircraft, Joint Chiefs of Staff chairman Major General Yousef Ahmed Al Hnaity Commander and RJAF Commander Brigadier General Mohammad Hiassat thanked their American counterparts for the continued support to the Hashemite Kingdom of Jordan.

The third aircraft will receive serial 358 and is also ex CT ANG (74-1680, c/n 382-4651) and is scheduled to be delivered early 2022. The transporters will augment the fleet of 3 Squadron Guts Airline that is operating out of Amman-Marka.