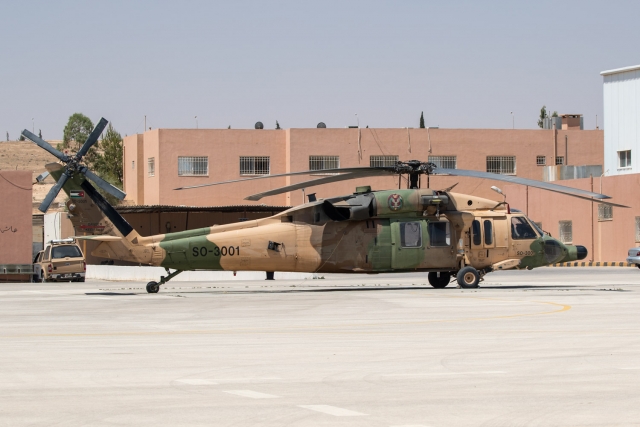 According to our friends at Janes, three al-Quwwat al-Jawwiya al-Malakiya al-Urduniya (RJAF, Royal Jordanian Air Force) Sikorsky UH-60L Black Hawks were purchased by the Austrian Ministry of Defence in 2020 for the sum of USD 72.8 million.

Once the US approval for the transfer is given, the helicopters will augment the fleet of nine Sikorsky S-70A-42 Black Hawk of the mittleren Transporthubschrauberstaffel (mTHSSta), part of the Luftunterstutzungsgeschwader at Tulln-Langenlebarn (Austria). For the sale of Jordanian Special Forces assets see Scramble News item of 4 January 2019.

Austria is currently upgrading its fleet of Black Hawks and the work is being done by Ace Aeronautics in Guntersville (AL). Once received, the three former RJAF UH-60Ls will be transferred to Ace for an upgrade, bringing them all to the same standard.

Jordan operates Black Hawk helicopters in three different versions, namely the UH-60A, UH-60L and UH-60M. Eight UH-60Ls were delivered in 2006 under a Foreign Military Sales (FMS) contract and were used by the 30th Squadron/Special Operations Aviation Brigade out of King Abdullah II air base. In December 2018 they were put up for sale but in mid-2019 they were removed from the RJAF list of for sale aircraft. If a buyer for the remaining five UH-60Ls is found, is not yet clear.