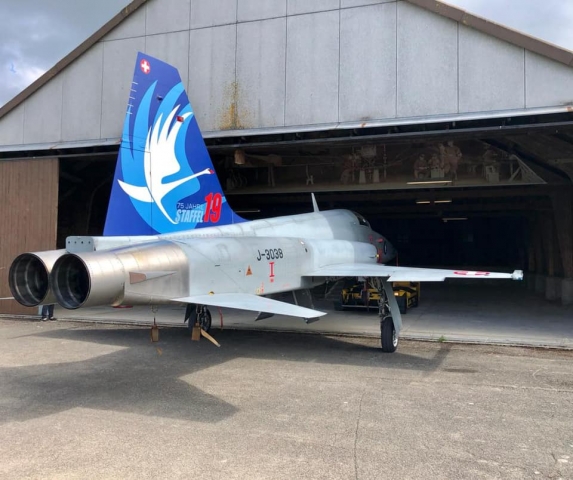 The operational number of Northrop F-5E Tiger II fighters with the Schweizer Luftwaffe (Swiss Air Force) is rapidly declining. This time, F-5E serial J-3038 (construction number L1038) has found a new home at Payerne air base where it started a new life as instructional aircraft. Even if it is removed from flight duty, it will remain active!

On 27 August 1975, the Swiss parliament accepted the Rüstungsprogramm 1975 (armament programme 1975) that included the acquisition of 66 F-5E single-seat fighters and six F-5F dual-seat trainers. The contract was known as Peace Alps. On 4 June 1981, the Swiss parliament agreed on Rüstungsprogramm 1981 that included the Peace Alps II contract, for 38 additional Tigers (32 F-5Es and six F-5Fs).

Tiger J-3038 was assembled at the Federal Aircraft Factory (Eidgenössischen Flugzeugwerk) at Emmen (Switzerland). On 9 May 1980 the aircraft was accepted by the Swiss Air Force.

It is also one of twelve Tigers that have flown in Austria. To fill the gap between the retirement of the Saab 35 Draken and the service introduction of the Eurofighter, and to ensure the surveillance of its air space, Austria concluded an agreement with Switzerland in April 2004 for the lease of twelve F-5E Tiger IIs. During four years, the fighters flew about 5,000 hours and were carrying Österreichische Luftstreitkräfte (OeLSK, Austrian Air Force) markings. On 22 July 2008, J-3038 returned to Payerne.

In 2013 it received coloured tail markings celebrating 75 years of Fliegerstaffel 19 and as such, it was also noted at the famous International Air Tattoo 2016 at RAF Fairford (UK). 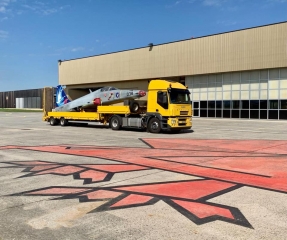 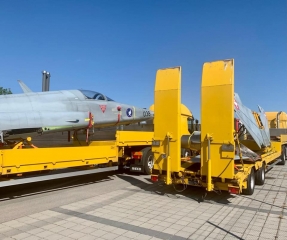 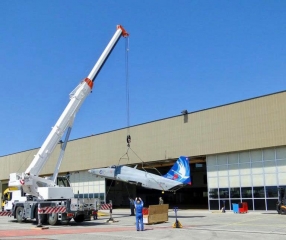 On 7 June 2021 it was transported on a flatbed truck, still adorned with the special tail markings, to the aircraft training school at Payerne Air Base.