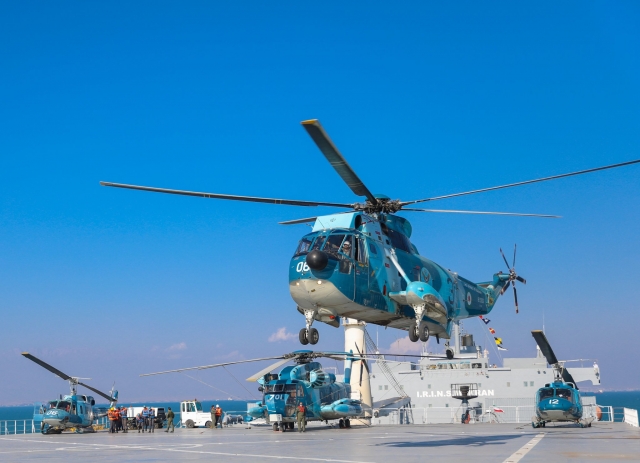 A nice and quite unique photo emerged on Twitter of four Islamic Republic of Iran Navy (IRIN) helicopters on board IRINS Makran (441), a rebuilt special purpose tanker.

According to the accompanying text in this tweet, five helicopters were involved in an exercise that was held in the Persian Gulf. The date of the tweet is 12 January 2021.

The helicopters involved were two AgustaBell 212ASW, one Sikorsky RH-53D and two Sikorsky ASH-3D Sea Kings. The Makran is another attempt of Iran to show its expeditionary force at sea. But the modified tanker is not quipped with any hangar and aircraft facilities so its just a heli platform that can act as a mothership.

According to the Scramble magazine Iran Navy Air Order of Battle these helicopters are all based at Bandar Abbas/Havadarya near the Strait of Hormuz, the entrance to the Persian Gulf. They are operated by the Helicopter Transport & SAR Squadron.

The unit is known to have a detachment based at Bushehr AAF in the southeast of the country. Scramble assesses that the operational inventory of the Helicopter Transport & SAR Squadron is currently two, possibly three RH-53Ds, seven AB212s, five SH-3Ds and four F27s.

The following four helicopters can be identified on the main photo, with one more the photo below: 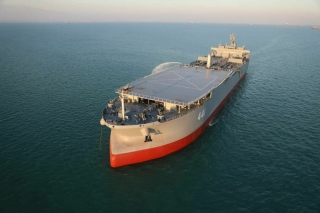 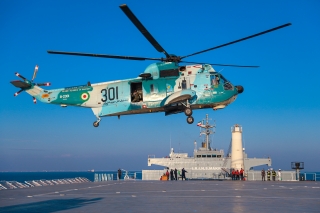