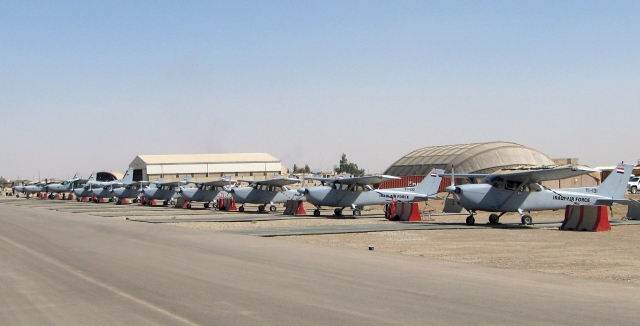 The aircraft belongs to the 202nd Training Squadron, part of the Iraqi Air Force College at Tikrit Al-Sahra. A technical malfunction is reported as the cause of the crash which occurred over the Saiyd Mohammed area near Balad, some 90 km north of Baghdad.

Official statements contained “Cessna Caravan” as the type involved (which would indicate the Cessna 208B which are also operated by the Iraqi Air Force), but it was confirmed to Scramble Magazine that the type involved was a Ce172S.