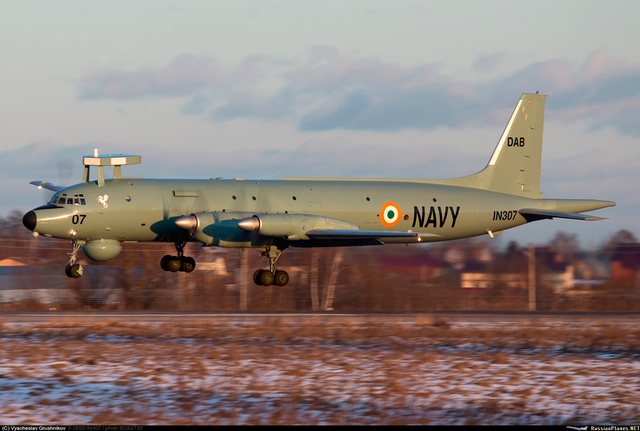 On 26 January 2023, the Il-38SD will participate in the Indian Republic Day Parade flypast for the first and last time. How many aircraft will join is not known. Soon after, the Goa/Dabolim (INS Hansa) based aircraft will be stored.

The aircraft are operated by Indian Naval Air Squadron (INAS) 315 Winged Stallion. The Il-38 was inducted into service from 1977 onwards and five aircraft were procured till 1983.

In October 2002, the Indian Navy lost two aircraft in a mid-air collision above INS Hansa in Goa. Two ex Russian Navy Il-38s were added to the squadron in December 2009 and February 2010.

At INS Hansa, the Sea Dragons will be replaced by the Boeing P-8I Neptune, of which four aircraft have been delivered to INAS316 The Condors since December 2021. The new unit was officially commissioned on 29 March 2022.

One Il-38SD, serial IN305, was put on display at the Naval Aviation Museum at Goa/Dabolim in March 2020. It is not known what will happen to the other aircraft.

Photo by Vyacheslav Grushnikov (via russianplanes.net)