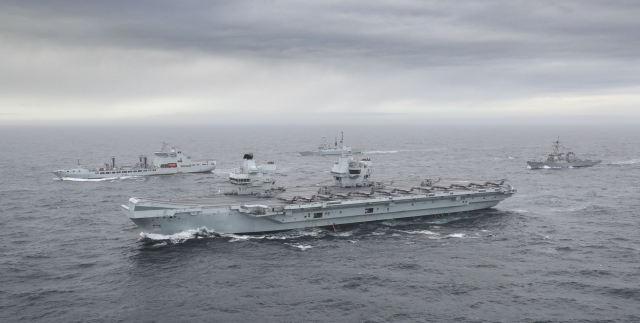 HMS Queen Elizabeth Carrier Strike Group Assemble
Royal Navy’s new Carrier Strike Group has assembled for the first time. The CSG is formed around the flagship HMS Queen Elizabeth. The CSG will start joint carrier operations between the Royal Navy and UK's NATO allies and consists out of nine ships, fifteen F-35Bs of the RAFs 617sq and the USMC's Marine Fighter Attack Squadron (VMFA) 211, eleven helicopters of the Fleet Air Arm and 3,000 personnel from the UK, USA and the Netherlands. The whole group is now carrying out exercises in the North Sea and will participate in NATO’s largest annual exercise, Joint Warrior.

The CSG is the largest and most powerful European-led maritime force in almost 20 years and includes the Royal Navy’s Type 45s destroyers HMS Diamond and HMS Defender, the US Navy Arleigh Burke-class USS The Sullivans as well as frigates HMS Northumberland and HMS Kent from the UK and the Dutch Navy’s HNLMS Evertsen.

The ships around the carrier will not only protect the Queen Elizabeth from enemy ships, submarines, aircraft and missiles, but they are also capable of conducting a range of supporting missions, from maritime security to disaster relief. Two Royal Fleet Auxiliary ships, RFA Tideforce and RFA Fort Victoria, will give logistical support to the CSG, like supply fuel, food, spares and ammunition, to enabled sustained operations from the sea without host nation support. 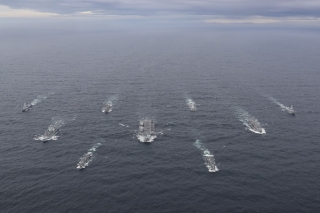 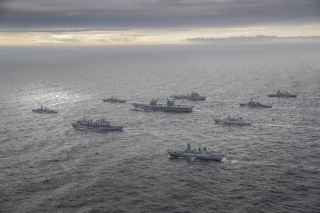 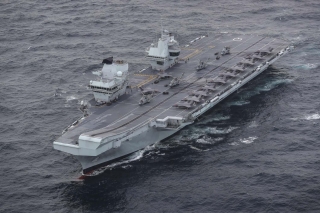