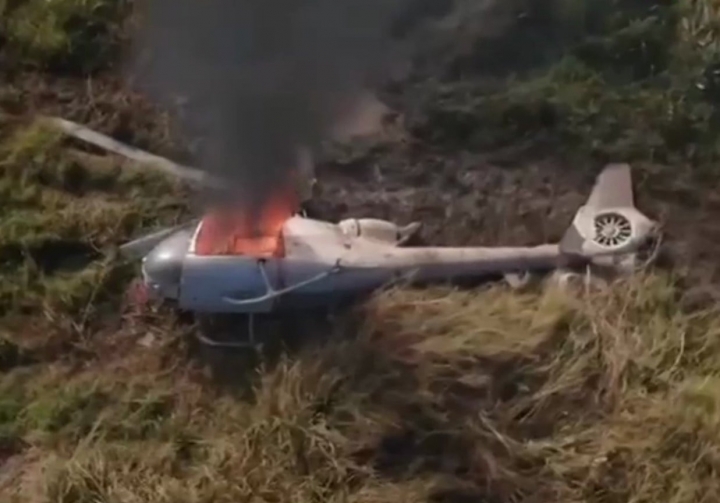 An unidentified SA341/342 Gazelle crashed in the Central African Republic (CAR) on 27 February 2021.

It is reported that the helicopter was en-route to pick up some Russian mercenaries of the Wagner Group after they had suffered injuries. The Wagner Group - known to have operations in the country - was supporting a convoy of troops of the CAR military that was under attack. The machine was called upon to evacuate some wounded Wagner Group troops.

On its route to the convoy, the Gazelle faced technical issues after which the pilot decided to make an emergency landing. During the landing, the helicopter flipped over and crashed. The two-man crew survived the accident, but the helicopter is considered as a write off. It is unclear if the helicopter started to burn after it crashed, or if it was set on fire by the crew, to make sure that the Gazelle would not fall into enemy hands.The latter is likely as the reporter is doing his report in front of a non-burned Gazelle.

Strikingly, the Force Aérienne Centrafricaine (FAC, Central African Republic Air Force) is not equipped with the SA341/342 Gazelle. Most probably, the Gazelle is part of a fleet of helicopters operated by Private Military Companies that operate throughout the African continent. For example, South African PMC Dyck Advisory Group are fighting terrorists and anti-poachers in Mozambique. PMCs are known to operate Alouette III, Bell 206 Jet Rangers and Gazelle helicopters which operate in tension areas like CAR, Democratic Republic of Congo (DRC), Somalia, Mozambique and South Sudan.

See also Scramble News here. For your info, the helicopters mentioned in this link have already been returned to Russia, giving an additional thought that PMCs are necessary to support the Wagner Group. The Russian involvement is further highlighted by the presence of a Russian reporter in front of the wreckage. 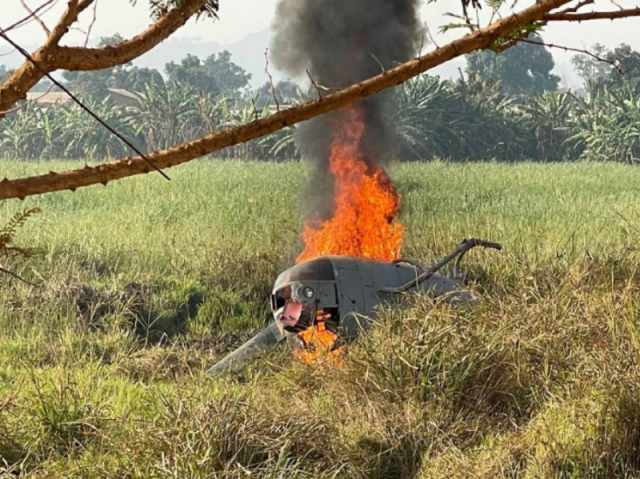