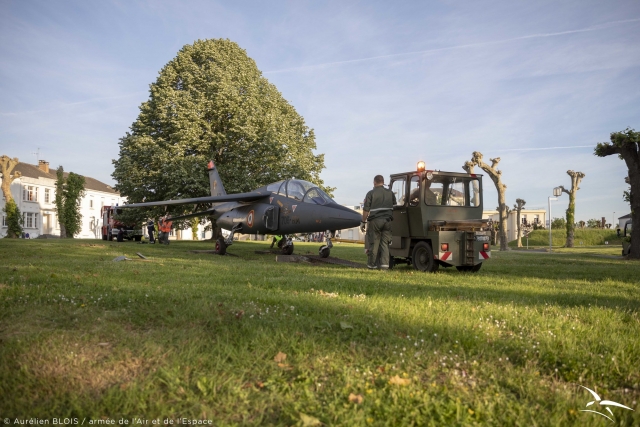 Almost a year after Ecole de l'Aviation de Chasse 314 (EAC00.314) made their last flight at Tours, an Alpha Jet was placed on a pedestal near the entrance of the base (see this post).

Tours, which was the cradle of the French fighter aviation school for nearly six decades, has a rich history lined up near its gate. Besides the Alpha Jet, an MD450 Ouragan, a Mystère IVA and a Jaguar A can be found.