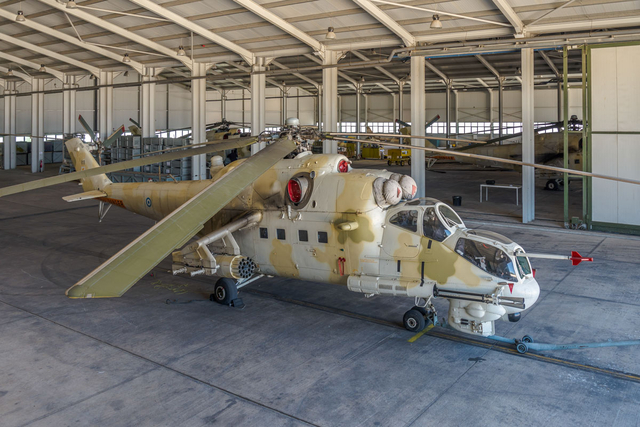 Back in April 2021, a team of Serbian technicians visited Cyprus to inspect the helicopters. As a result of the inspection the Serbian government sent a letter confirming its interest in purchasing all Mil Mi-35P Hind attack helicopters.

In August 2021, Scramble Magazine first wrote that the Cyprus National Guard (Cyprus NG) was negotiating with a potential buyer for its fleet of Mi-35Ps. In December 2021, the President of the Republic of Serbia, Aleksandar Vučić, announced that Serbia will purchase 29 "new" helicopters, including the Cyprus NG Mi-35s, over a period of two years for use by the Serbian Armed Forces. Then it stayed quiet for more than a year.

On 18 January 2023, the website B92.net (source: NOVOSTI, R.DRAGOVIC), reported that, although not yet confirmed, Serbia is about to reach an agreement on buying only five former Cyprus Mi-35 helicopters. The negotiations had been going on since the inspection in April 2021.

When the negiotations will be closed succesfully, the first Mi-35 is already expected to be delivered this year. After the final delivery, the Serbian Armed Forces will have nine Mi-35s in their active inventory.