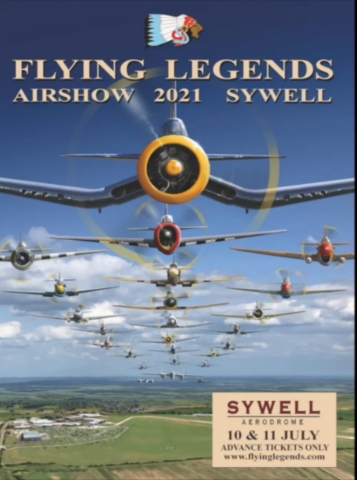 As we earlier reported ... the Imperial War Museum at Duxford (UK) pulled the plug out of their annual Flying Legends Airshow in August 2020. But there is some good news. Fortunately the biggest warbird airshow in Europe, run by Duxford-based The Fighter Collection, has found a new home at Sywell, near Northampton, just 40 miles from Duxford.

In their August press release the IWM stated: “After a long and successful partnership of more than 30 years, IWM Duxford and The Fighter Collection (TFC) are announcing that the Flying Legends air show will no longer take place at Duxford. It was therefore agreed that TFC would seek an alternative location to host Flying Legends, which will be confirmed at a later date”. And the TFC managed to find a location.

The 2021 edition of Flying Legends will be held at Sywell on 10 and 11 July! Since 2014 no major airshows were organised, only smaller annual events, such as Pistons & Props. The airfield also houses much of Air Leasing’s warbird fleet, as well various other civilian airshow performers such as The Blades aerobatic display team.

The airfield has three grass runways, 03R-21L, 05-23, and 14-32 and a parallel 1,200m hard runway 03L-21R. These generally offer better photo opportunities than Duxford where one is facing the sun most of the day. But up till now no choice for an airshow layout has been made.

On the map (courtesy of thisisflight), the pale blue line shows a choice for maximum space for the spectators, but this restricts the use of runways to both 03-21s. Restricting the crowd space (shown by the yellow and red line) allows the use of all runways and even more interesting photo opportunities. 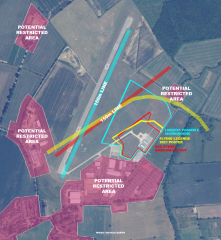 This schedule might be interupted by the Covid-19 pandemic. We will have to wait and see if the 2021 edition can go ahead as planned.