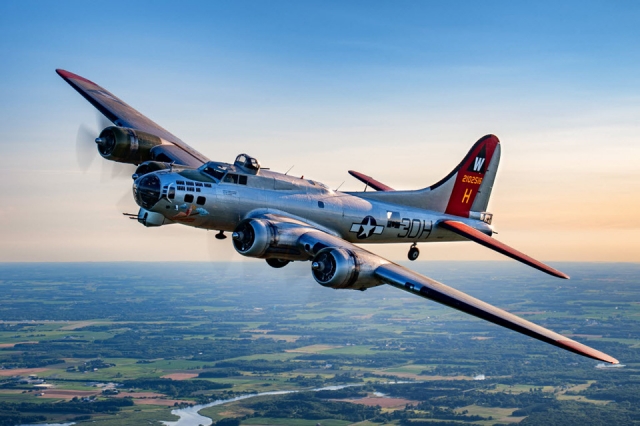 The Experimental Aircraft Association has announced the grounding of its Boeing B-17G 44-85740, which is registered as N5017N.

As part of a routine preflight inspection of the bomber, usually known as “Aluminum Overcast”, in Florida last week, the EAA team discovered a fitting inside the wing that showed signs of fatigue.

Following safety protocols, the airplane was grounded for a full inspection that determined that replacing the part was necessary. As safety is the organisation’s number one priority, the aircraft will remain grounded until the repairs have been made.

Obviously, as a result of the decision, EAA's B-17 US national tour is on hiatus for the time being. The airplane will remain in Florida at this time until a repair schedule is finalized.

The organisation does not yet have a final timeline for those repairs, but will keep everyone updated as additional information becomes available via the B17.org website. The grounding of “Aluminum Overcast” makes it unlikely that the bomber will participate in the EAA’s Air Venture 2021 edition at Oshkosh.