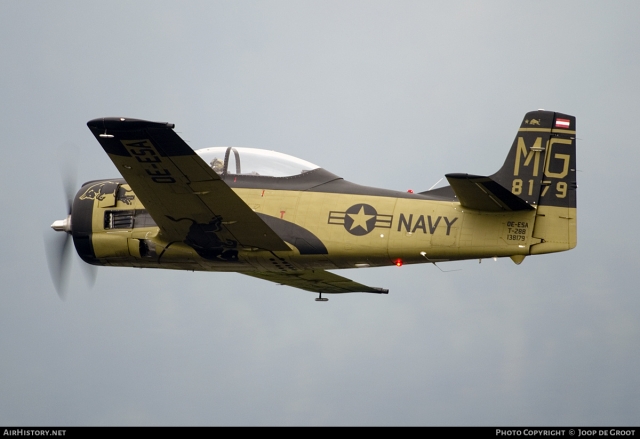 North American T-28B Trojan OE-ESA, part of the fleet of The Flying Bulls Salzburg, has crashed on 20 June 2021, around 16:55 local time. In the crash, one occupant was killed, the second person on board was seriously injured.

The Trojan (c/n 200-250) was on its return flight to the Flying Bulls homebase, Hangar 7 at Salzburg-W. A. Mozart Airport, after it had participated in the Antidotum Airshow Leszno at Leszno-Strzyzewice Airport in Poland. The T-28 was in the company of three other aircraft: The Flying Bulls' B-25, P-38 and P-51 were in the Leszno programme.

OE-ESA crashed near the town of Jickovice (Czech Republic), some 70 kms south of the capital Prague.