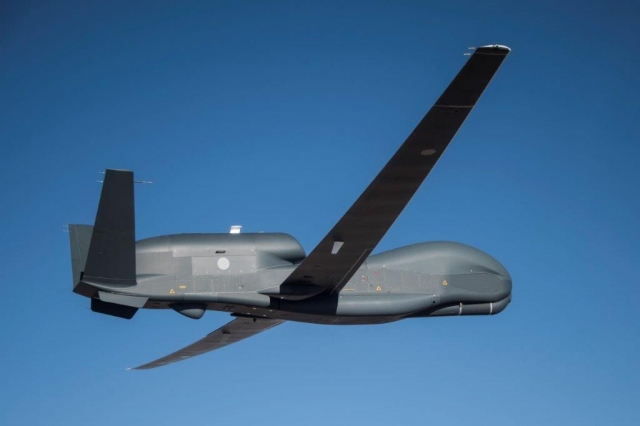 Northrop-Grumman announced the successful first flight of a future Japan Air Self-Defense Force (JASDF) RQ-4B Global Hawk on 15 April 2021 from its Palmdale (CA) facility. It is the first out of an order for three aircraft which will be based at Misawa.

Already in October 2010, the Japanese Ministry of Defence was looking into the acquisition of the Global Hawk to boost Japan's ability to gather intelligence and monitor its neighbours, help defend remote islands and counter suspicious ships in or near Japanese waters and as a possible part of its missile defense shield. In November 2015, the US Department of State approved a possible sale of three RQ-4Bs to Japan.

Starting in the Fiscal Year budget of 2015, Japan requested to allocate expenses for the RQ-4B programme in every consecutive year. Reportedly the Japanese Ministry of Defense considered cancelling the order in June 2017, however in October 2017 an official contract was awarded to Northrop-Grumman to start work on the Global Hawk programme. This finally culminated in the first flight.

The Fiscal Year 2020 budget requested expenses for the establishment of a temporal unmanned aerial vehicle unit (tentative name) in the JASDF, to structure a posture which enables effective procurement and sustainment of equipment, training, and testing.