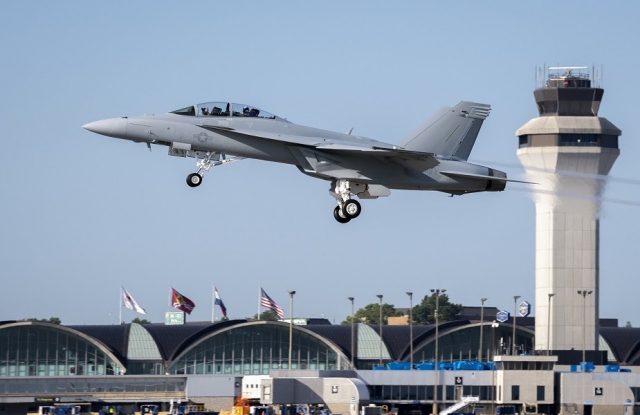 The F/A-18F, BuNo 169973, will first complete the US Navy flight test programme with Air Test and Evaluation Squadron (VX) 31 ('DD-2xx') at NAWS China Lake (CA) before being deployed to an operational squadron.

According to Boeing: "The Block III gives the Navy the most networked and survivable F/A-18 built with a technology insertion plan that will outpace future threats." Block III’s new adjunct processor translates to a fighter that will do more work and in far less time increasing a pilot’s situational awareness. The jet is ready to receive apps-based solutions that will allow upgrades to the aircraft throughout its life span.