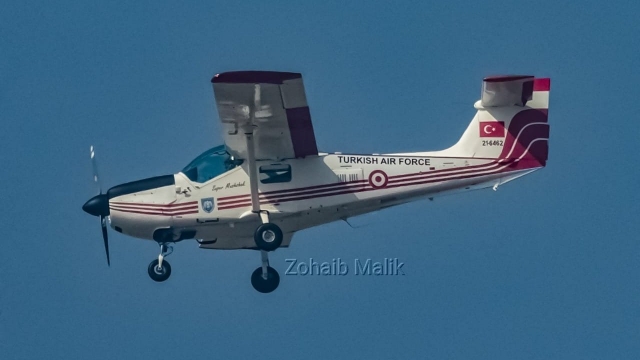 In 2016, a contract for 52 of these basic trainers was signed at the IDEAS Defence Fair in Karachi (Pakistan). The single-engine propeller aircraft will be used during the initial phases of training aspirant pilots for the TAF.

The Cessna T-41D Mescalero and the SIAI Marchetti SF260D will both be replaced by the Super Mushshak. The MFI-395 features a full glass cockpit which is much more compatible with the flight systems and avionics that the pilots encounter during the follow-on training on the KAI/TAI KT-1T and the TAI Hürkus. The Hürkus is still awaiting approval for Initial Operational Capability (IOC). The Super Mushshaks will be operated by 123 Başlangıç Eğitim Filosu from Izmir-Kakliç.