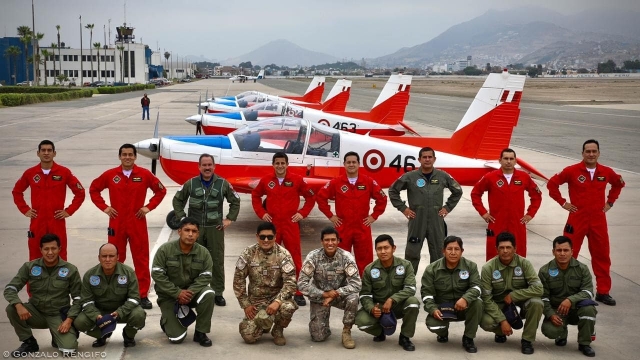 The FAP has had three aerobatic teams before. First the renowned four-ship team Los Cuatro Ases (the Four Wings) from the mid-fifties. Los Cuatro Ases was equipped with the Hawker Hunter. Later, during the mid-seventies a single Pitts S2 was used for promoting a career in the Air Force to attract more youngsters. After an unfortunate crash, this small solo demonstration team was followed by four Pitts S1S and a S2A. Another crash and budget issues led to its disbandment. In the eighties, new MB339s were being received by the FAP. It was decided to form a four-ship team again, this time called Los Diablos Rojos (the Red Devils) as part of the Escuadrón de Instrucción Avanzada 513.  This jet team was disbanded too. This rich heritage has finally been continued with the inception of Escuadrilla XXI Bicolor. 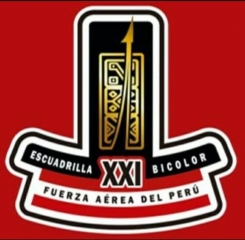