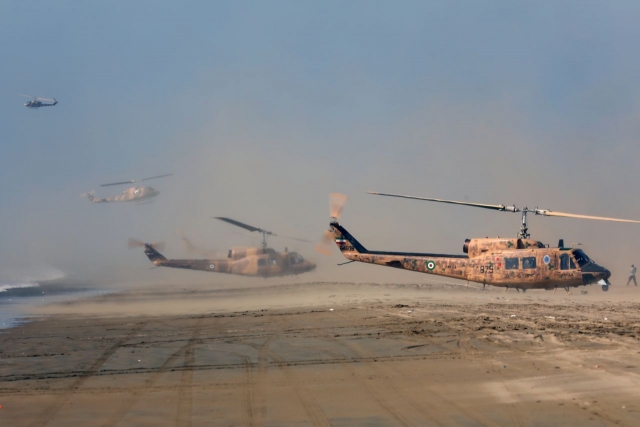 The Iranian armed forces held another exercise that got attention in the media. The exercise, named Eqtedar-99, focussed on airborne assault and is the first offensive exercise the Iranian Ministry of Defense showed to the public.

Troops participating in Eqtedar-99 consist of aviation elements, special forces, airborne assault and rapid reaction brigades. The Iranian 55th Airborne Brigade participated with a para-dropping (and landing) of commandos and (heavy) equipment from C-130E/Hs of the Islamic Republic of Iran Air Force (IRIAF). The exercise is supported by many helicopters of the Islamic Republic of Iran Army Aviation (IRIAA) of which CH-47 Chinooks and Bell 214s formed the backbone. Eqtedar-99 was held on the shores of Makran, in the southern part of the Sistān and Balučestān provinces of Iran.

As a result of the press-presence, images of very nice-looking Bell 214s surfaced on social media. The Bell 214 Isfahan's (6-4834, 6-4879 (with FLIR), 6-4881 and 6-4888) apparently received an indigenous upgrade to the nose section. The modified helicopters are said to have received an electro-optical system under the nose section that might be retractable. At least one carried a Florward Looking Infrared (FLIR) camera underneath the nose section and two modified Bell 214s were seen firing rockets. Besides this modification, they are also repainted in a splinter camouflage scheme, not seen before in Iran. 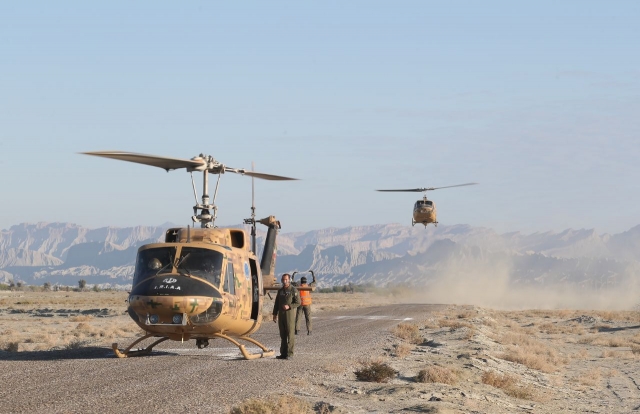 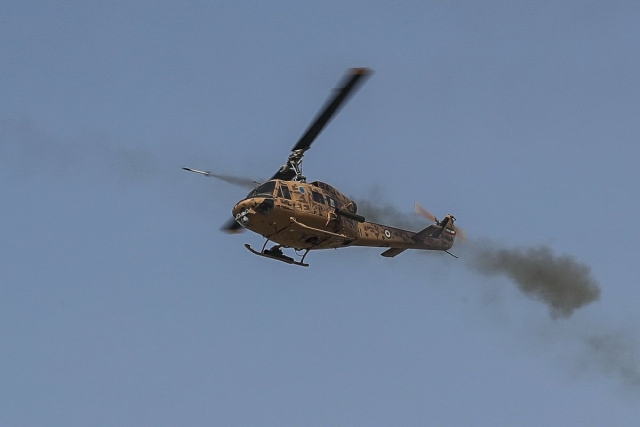