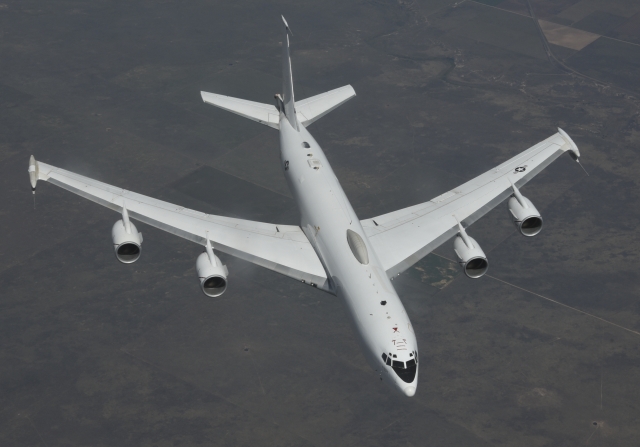 The E-6Bs are now configured as "Block I" and that resulted in the fact that crews have now a modern, multi-enclave mission system that provides a full picture of their operating environment. As part of the ABNCP mission, the E-6B is an airborne command post and communications relay for US nuclear forces. For the TACAMO mission, the E-6B provides the survivable communications link to our submarine forces using Collins Aerospace’s Very Low Frequency (VLF) terminal.

Please have a look at the Scramble US Navy database (and fill in E-6B in the type field) to get knowledge of the serial, construction number, squadron details and last-noteds of all sixteen E-6Bs. If you have an update on this database, please let us know at This email address is being protected from spambots. You need JavaScript enabled to view it. or just give a simple update via the "send updates".