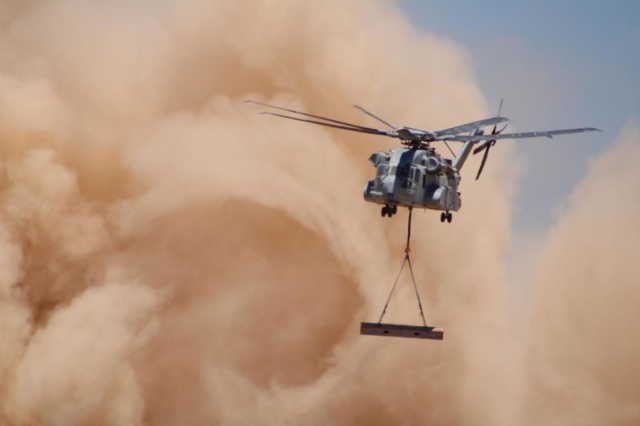 Dream or nightmare for the ordered King Stallions?

Just one week after the Israeli government has requested to purchase eighteen Sikorsky CH-53K King Stallions to replace the 50 years old CH-53 Yassur helicopters in Heyl Ha’Avir (IAF, Israeli Air Force) service, US reports states difficulties with the King Stallion operating in an environment of sand and dust. All flights with the CH-53Ks are now restricted.

During test flights, it was found that three of the CH-53Ks engines were damaged after a cumulative 21 minutes of operating in a sandy and dusty environment. Pilots are not allowed to fly longer than 70 seconds under these specific circumstances. Manufacturer Sikorsky - Lockheed Martin is aware of the problems and they are working to solve the issue.

The contract is valued at USD 3.4 billion. By the end of the 2020s, the IAF is interested in increasing the number of CH-53Ks to 25. The King Stallions will replace the CH-53-2000 Yassur helicopters of 114th The Night Leaders Squadron and the 118th Nocturnal Birds of Prey Squadron, both operated under the Yassur Division based at Tel Nof air base (Israel). It is reported that the new helicopters will see a phased entry, with ten CH-53Ks to be delivered in phase one.

On 26 february 2021, Scramble Magazine reported on Israel's selection of the King Stallion as the new transport helicopter.