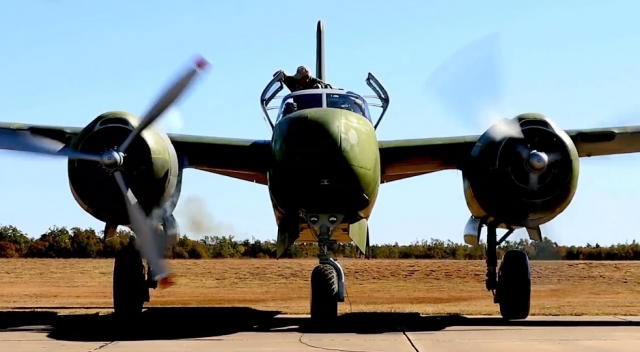 After more than 21 years on the ground, Douglas RB-26C 44-35643 (construction number 28922) made its first post-restoration flight from Guthrie/Edmond Oklahoma Municipal Airport (OK) on 1 November 2020. The pilot in command during the flight of the aircraft registered as N626SH was Mark Novak.

Generally known as “Lil Twister”, the Invader has been restored and is now operated by the local Sierra Hotel Sponsor Group, part of the Commemorative Air Force.

This Invader is the third of its kind in the inventory of the CAF. The two “brothers in arms” are Douglas A-26B N240P “Night Mission” operated by the Invader Squadron out of Fort Worth (TX) and N9682C “Lady Liberty”.

It was sold two years later to the Rock Island Oil & Refining Co, Wichita (KS) as N6841D and remained in civilian hands (later as C-GCES). The bomber was acquired by the Confederate Air Force, Harlingen (TX) in 1977 and initially flown as N8015H. Since 1984 the aircraft was registered N226RW and flew as USAAF "4435643/A Daisy Mae".

The Confederate Air Force became the Commemorative Air Force and the Invader was registered N626SH in January 1999. It has been under restoration ever since. 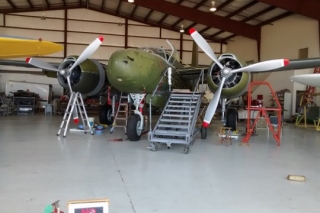 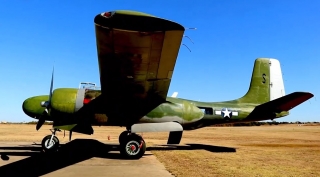