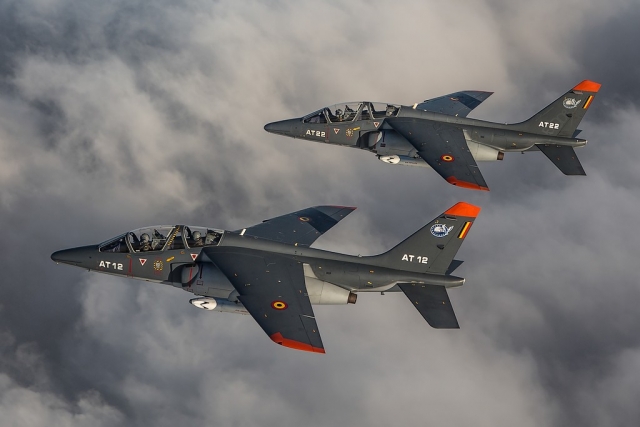 More information has been revealed on the sale of 25 Alpha Jets by the Belgian Air Component (BAF, Belgian Air Force) in July of 2020.

The details of the sale were recently given by the Belgian Defence Ministry after questions from a member of Parliament, Peter Buysrogge. The sale includes four lots, two of which comprised six Alpha Jets and fourteen engines each. A third lot, contains thirteen Alpha Jets and thirty spare engines, while the fourth lot only see spare parts and support equipment. Of the nine potential buyers, only four provided an offer. Ultimately Canadian aggressor / adversary company Top Aces made the right bid for all four lots, and so they were awarded the contract. The sale was concluded for 9,7 million euro (USD 11,5 million).

The Belgian Government signed a contract in September 1975 in which they purchased 33 Dassault-Breguet/Dornier (AMD) Alpha Jet 1Bs as an advanced jet trainer. The high wing aircraft replaced two Belgian jet trainers, the Lockheed T-33A and Fouga Magister. The first Alpha Jet (serial AT01, the 5th production Alpha Jet built) was handed over to the BAC on 30 June 1978 and delivered on 6 October 1978. All other Alpha Jets AT02 to AT33, were assembled by SABCA at Gosselies (Belgium). The final and 33rd Alpha Jet was delivered in July 1980. On 13 January 2019, the final three aircraft returned from Cazaux air base (France) after more than fifteen years of joint Fighter training with the Armée de l'air (AdlA, French Air Force). 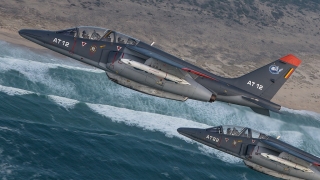 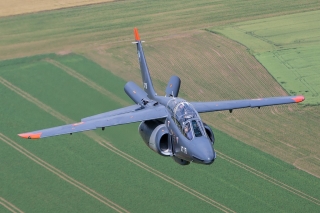 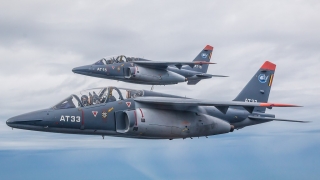 Photos: Bart Rosselle (opening and over the shore), Michael Moors (high in the air)