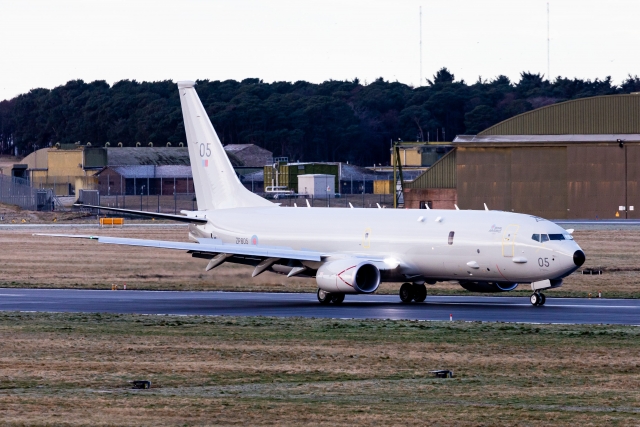 According to the RAF, this is the first Poseidon that was delivered straight from the Boeing factory in Seatle (WA), without making a stop en-route.

As you may remember, the RAF ordered nine Poseidon MRA1s for use with 54/120 Squadron. The unit temporarily operated from RAF Kinloss in 2020 because of runway resurfacing and other major improvements including preperations for the nine Poseidons, accommodation for personnel, a new Air Traffic Control Tower, upgrades to drainage and electrical supplies, and upgraded facilities for IX (Bomber) Squadron which moved to RAF Lossiemouth.

Nice detail on Fulmar is that Lossiemouth opened in 1939 and was operated by the RAF, predominantly as part of Bomber Command, until 1946 when it transferred to the Fleet Air Arm (FAA) and became known as RNAS Lossiemouth or HMS Fulmar.