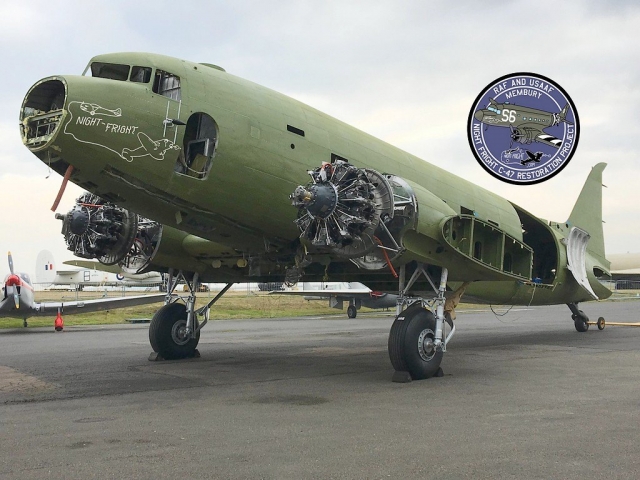 In April 2019 we reported on the restoration of Douglas C-47 N308SF at Heritage Air Services, Coventry (UK). This C-47A Skytrain, formerly United States Army Air Force serial 42-100521 (construction number 18984), was nicknamed ‘Night Fright’. The transporter was operated by the 79th Troop Carrier Squadron (TCS), 436th TCG and had actually flown from Membury Airfield during the final stages of WW2.

At that moment in April the owners, the Walker family of that same Membury Estate, realised that their machine was not going to be ready for the D-Day commemorations of June 2019. But they still had high hopes to fly their wartime veteran during the 75th anniversary of Operation Market Garden in The Netherlands in September 2019.

Unfortunately 'Night Fright' was not ready in time to fly, nor is it finished yet. Not being able to participate in either commemoration, the Walker family decided last year to slow down the pace of the restoration.

It is common practice during the restoration of historic aircraft that you run into unwanted things, like hidden spots of corrosion or repairs that take much longer than expected. But it certainly argues in favour of the Walker family that they make no concessions to the quality of the restoration. Obviously the COVID-19 pandemic did not help either and it further slowed down the process during the past spring and summer.

In the past weeks however, noteworthy progress has been made. Finally, after three months, the new rubber sealings for the fuel tanks have arrived and these can now be installed. The exhausts have been worked upon, and a panel with formation lights will be mounted. The major control cables still have to be installed and the tailplane attached to the fuselage. So work is done; slow but steady. 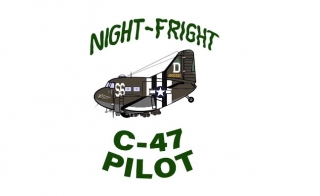 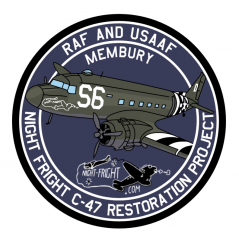 In this project the Walker family are well on their way of fulfilling their dream of restoring a C-47 aircraft that had flown from Membury airfield in WW2. During their quest they tracked down N308SF in Walnut Ridge (AK) in 2012. It was the veteran C-47 they had been looking for, and so they bought it.

The Skytrain had not only flown from Membury during D-Day, but also served during Operations Market Garden and Varsity. Decommissioned in 1945, it became NC65384, only to return to (this time French) military service as Aeronavale (French Navy) 84 in 1963. The French disposed of the aircraft in 1985 and it became a freighter, N308SF.

So the aircraft was purchased by Philip & Charlie Walker and was flown from Walnut Ridge to Punta Gorda (FL), where the wings were removed to allow for road transport to Shell Creek (FL) for refurbishment to commence. In 2016 Clive Edwards and Gordon Gray prepared the aircraft, still in an unfinished state, for containerisation and shipping to the UK, and this was completed in March 2016.

Eventually part of the original runway at Membury will be restored to allow her to operate from her original WW2 airfield, the only C-47 in the world to do so. There are also exciting plans to build a museum on the Membury airfield site which will not only tell the story about 'Night Fright' but also the history about surrounding Membury and the wartime role of the area. 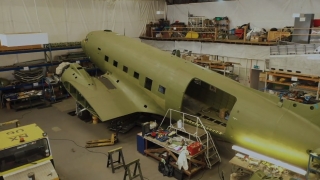 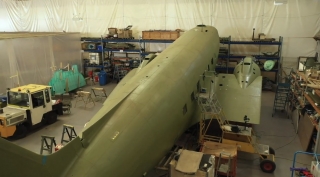 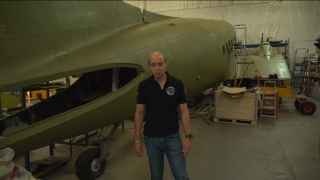