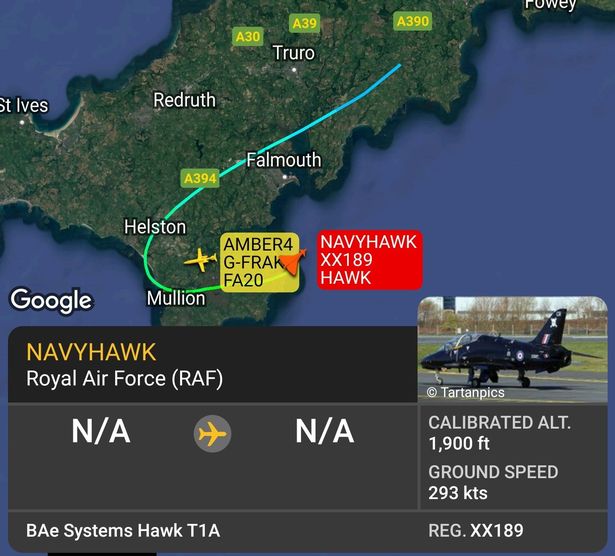 Shortly before the accident, the pilot issued a 7700 squawk, indicating a general emergency. Both crew managed to eject to safety and were picked up with only minor injuries.

The Hawk T1A, operated by 736 Naval Air Squadron (736NAS) and based at Culdrose, is confirmed as XX189. According to our database, 736NAS operates eleven Hawk T1s in the maritime support role.

The unit's role was to be taken over by the Royal Air Force on 1 October 2021, but this might be jeopardised by the outcome of this week's Defence Review 2021.