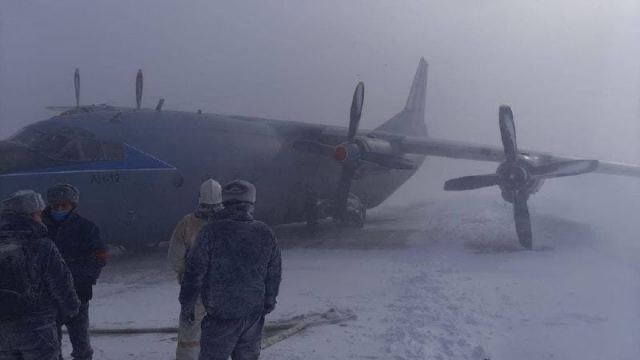 The crew of a Russian Federation - Aerospace Forces (RF VKS, Russian Air Force) faced bad weather with blizzard conditions during the landing of their An-12BK on the runway at Iturup airfield on Kuril Island (Russia), on 9 February 2021.

The left main landing gear as well as the nose gear of the NATO reporting name Cub (serial RF-95416, Bort number 09 Red and construction number 8346102) collapsed during the hard landing that took place, coming to a stop with substantial damage. The crew escaped the incident without any injuries.

Construction number 8346102 is flying around for quite a while. It was manufactured in 1968 and started to fly with Bort number 90 Blue within the Soviet Air Force. In the early seventies it was reported as CCCP-11504 within the same force while assigned to the 930th Military Transport Aviation Regiment (930 VTAP) at Zavitinsk air base (Russia). 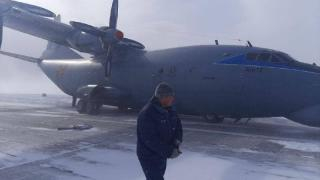 Of course this An-12BK saw the transition from the Soviet Air Force to the Russian Air Force in 1992. In mid-2004 it was first reported with Bort number 22 Red, assigned to 257th Independent Composite Aviation Regiment (257 OSAP) at Khabarovsk air base (Russia). In June 2018, the Cub was first noted as RF-95416 in combination with Bort number 09 Blue and was last noted as such at Khabarovsk in February 2019. Apparently the RF VKS saw the need of another swap, as we can identify it at Iturup airfield with Bort number 09 Red, as can be seen on these pictures.

Please have a look at the extensive Soviet Transports database on scramble.nl which is freely accessible for research! 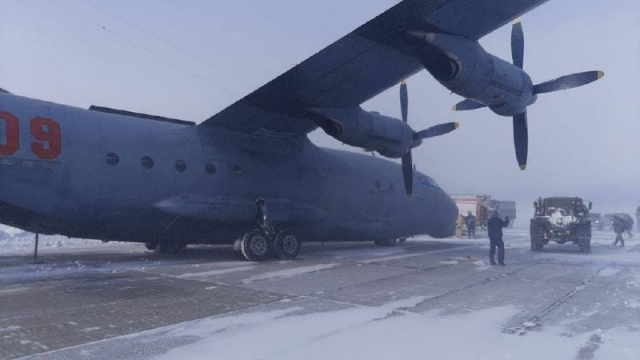