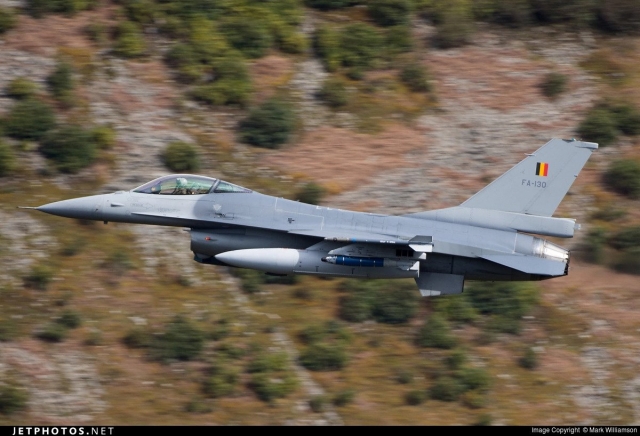 On the day the Koninklijke Luchtmacht (RNLAF, Royal Netherlands Air Force) was to say goodbye to F-16 operations from Leeuwarden, a Luchtcomponent (Belgian Air Component) F-16AM suffered some serious problems during start-up.

During start-up the engine was accelerating too quickly (some reports mention it kicked into afterburner) and it jumped the chocks, before crashing into a building opposite the flightline. The pilot ejected from the Fighting Falcon (a parachute was seen) and was injured. As a precaution the fire services doused the Viper with water, although it is not immediately clear if there was a fire. Besides the pilot two other persons were injured. 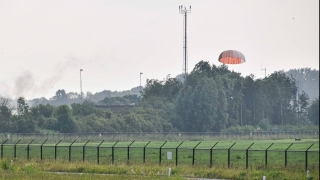 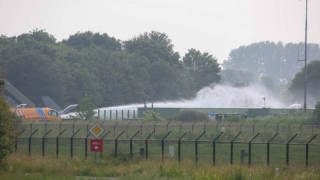 The unfortunate F-16 was not involved in the proceedings (which were cancelled and the airbase was closed) but was attending the ongoing Weapons Instructor Course. 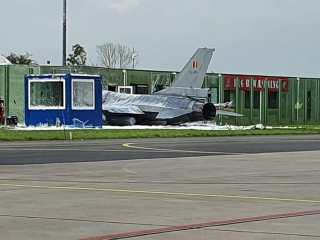 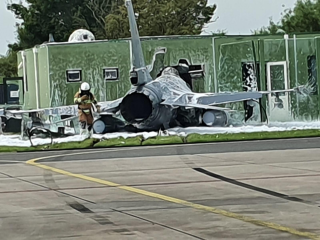 Photo by Mark Williamson via www.jetphotos.com