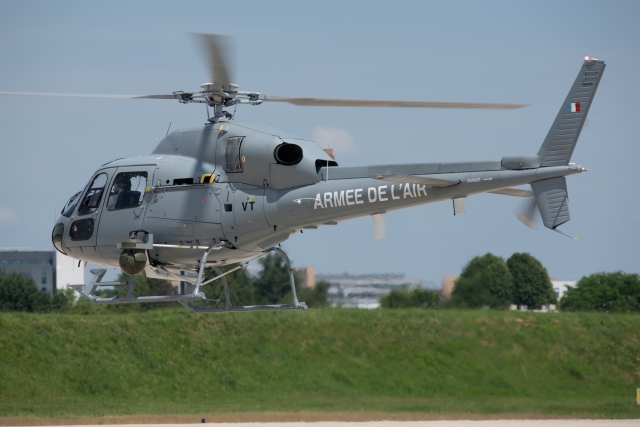 On Wednesday 9 June 2021, the first stage of the 14 July aerial parade started at Base Aérienne 107 Villacoublay/Vélizy (France).

After this technical meeting a number of helicopters flew over Paris to identify the specific axes of the aerial parade. Scramble Magazine was present at Villacoublay to witness the reconnaissance flight of two AS555 Fennecs and one Super Puma of the Armée de l'Air et de l'Espace (French Air and Space Force), an EC145 from the Gendarmerie and an EC145 from the Sécurité Civile.

It was stated that the 2021 aerial parade will see the participation of 71 aircraft and 25 helicopters, including five aircraft from the Directorate General of Armaments (DGA). In addition, the French Air and Space Force Beech 350ER/ALSR Light Surveillance and Reconnaissance Aircraft will make its first appearance in the skies of Paris. No foreign participation is foreseen this year. 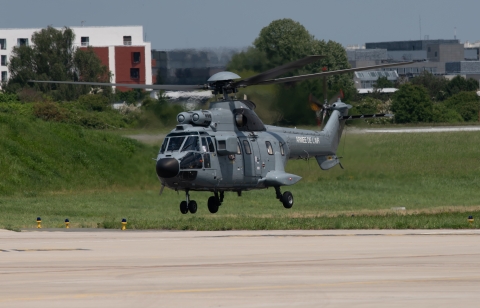 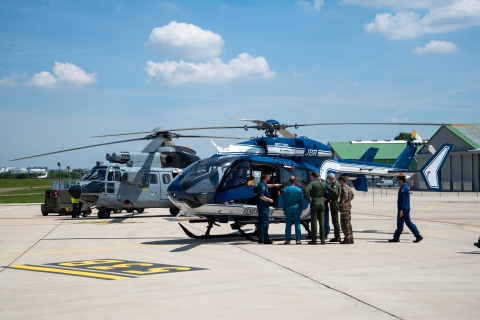 The general rehearsal is planned on 29 June 2021 over BA123 Orléans/Bricy. A Zones Réglementées Temporaires (ZRT, Temporary Restricted Zone) will be activated in the region of Orléans and Tours on this date from 08:00 hrs to 10:30 hrs (LT).

BA107 Villacoublay/Vélizy is located southwest of Paris and houses three flying squadrons, one Joint helicopter unit and many high-level commands. The following squadrons operate from this air base:

Escadron de Transport 60 (ET00.060), whose mission is to ensure the transport of the President of the Republic and the government authorities. The squadron operates the Airbus A330, Falcon 7X, Falcon 900, Falcon 2000LX and AS332L1 Super Puma
Escadron de Helicoptere 3/67 Parisis (EH03.067) equipped with the AS555AN Fennec
Escadron de Transport 41 Verdun (ET00.041), transport of high military authorities with the TBM700
Groupe Interarmées d'Hélicoptères (GIH), whose mission is to support the Ministry of the Interior's intervention forces, in particular the Groupe d'Intervention de la Gendarmerie Nationale (GIGN) of the National Gendarmerie and RAID (Recherche, Assistance, Intervention, Dissuasion, Search, Assistance, Intervention, Deterrence) of the National Police. 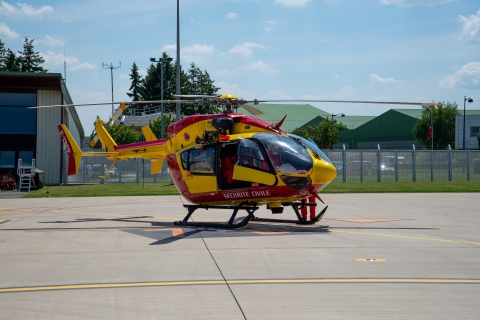 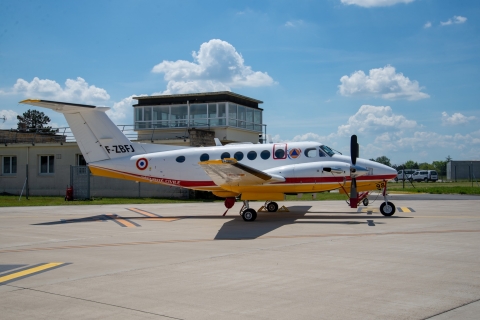