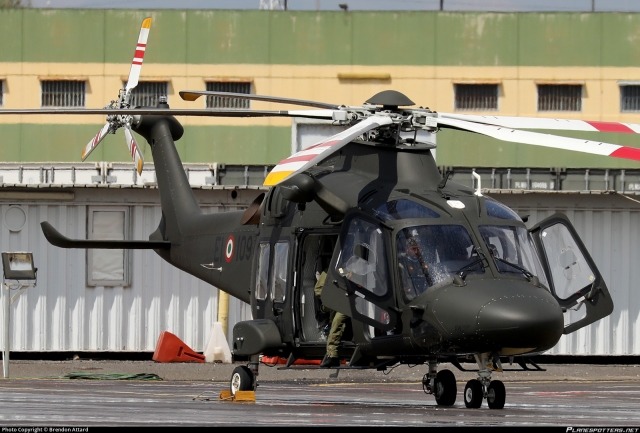 On 20 December 2021, the Austrian government signed a government-to-government (G2G) agreement with Italy for the purchase of eighteen Leonardo AW169s to replace the Bundesheer (Austrian Armed Forces) obsolete 21 strong fleet of Alouette 3 helicopters. According to Janes, the purchase will be divided in six AW169B and twelve AW169MA configurations. The agreement also includes two options for the supply of a further twelve AW169MAs and six AW169Bs.

The final contract, including spares, training and support, is valued at € 350 million, whilst additional costs as tax and infrastructural investments still have to be added. The amount for the additional costs has not been reported.

The Österreichische Luftstreitkräfte (Austrian Air Force) operates the SA316B/SE3160 Alouette 3 from 1967 onwards. The Alouettes are assigned to the Kommando Luftunterstützung (air support command). That command operates the Verbindungshubschrauberstaffel (Communication squadron) at Aigen im Ennstal air base. The staffel operates several detachments, Hubschrauber-Stützpunkten, at Klagenfurt, Punitz/Güssing and Schwaz. At Tulln-Langenlebarn air base, the Flieger- und Fliegerabwehrtruppenschule 'FlFlATS' with Lehrabteilung Hubschrauber is based. This unit is responsible for Alouette 3 pilot training.

More than a year ago, on 20 September 2020, the Austrian Defence Minister Klaudia Tanner already announced that she has decided to purchase eighteen Leonardo AW169Ms to replace the Alouette 3 helicopters.