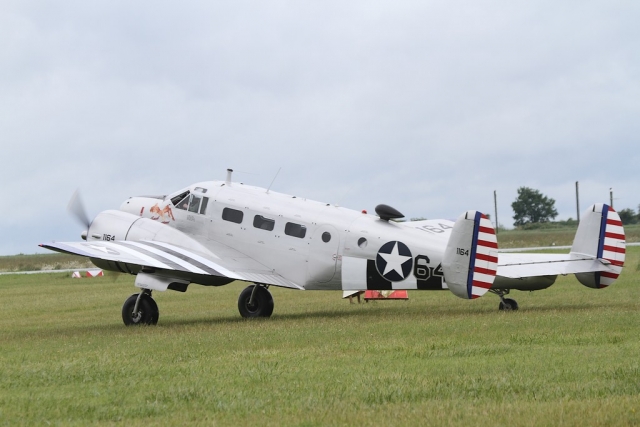 “When it rains, it pours…” This English proverb means that accidents never come alone: only three days after the take-off accident of Beech 18 F-AZEJ (on which Scramble reported earlier) at Paris-Villaroche Air Legend, another Beech 18 crashed on 14 September around 10:30 hrs local time.

This Beech, G-BKGL was completely destroyed by fire after it crashed near the town of Vescovato on the French isle of Corse. All three crewmembers were injured, two of them seriously wounded, which have been transported to a hospital in Bastia.

Beech 18 G-BKGL (CA-164) used to be owned by the Aircraft Restoration Company and based at Duxford (United Kingdom). Since May 2020, the twin was owned by Aerial Advantage Ltd. of Old Buckenham. Officially known as a Beech 3TM, it was painted in USAAF colours with serial 1164 and known as “Good Vibrations”.