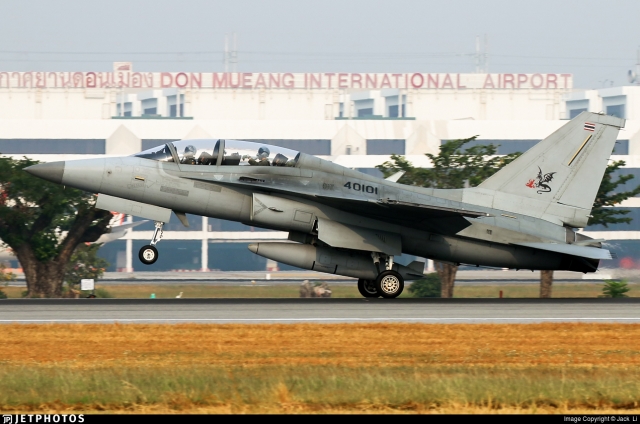 In February 2020, the Kong Thap Akat Thai (RTAF, Royal Thai Air Force) released a 100 page White Paper in order to reveal to the world their intentions on equipment for the years to come. In general, the paper contained a shopping list which for the air force only is quite impressive.

See the Scramble Magazine report of 24 February 2020 on this impressive shopping list.

The RTAF had two additional T-50TH fighter lead-in trainer aircraft on this list to reach a total of fourteen aircraft by 2022. The Korea Aerospace Industries (KAI) reported on 23 April 2021, that they had reached an agreement with government of Thailand on the delivery of two T-50THs.

Currently, the RTAF operates twelve T-50THs with 401 Squadron Dragon at Takhli air base 200 km north of the capital Bangkok.

Photo by Jack Li via Jetphotos.com