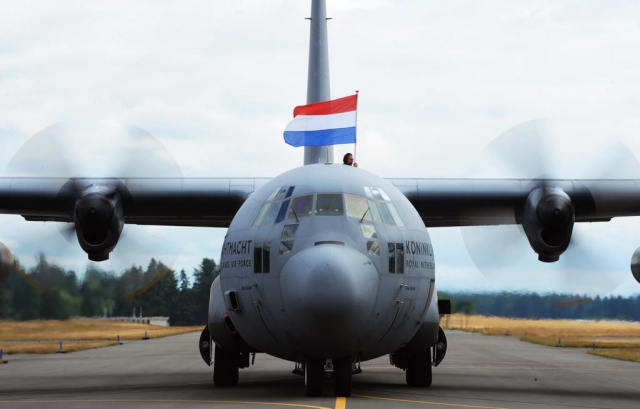 On 13 October 2020, the Netherlands Ministry of Defence gave some more details about the prospective and accelarated replacement of their C-130H(-30) Hercules fleet

The Koninklijke Luchtmacht (KLu, Royal Netherlands Air Force) owns two C-130H (since 2005) and two C-130H-30 (since 1992) and first replacements are now planned for 2026. In the near past this was planned for 2028, but due to the age of the aircraft (the oldest one is already thirty years old) their operational life is coming to and end.

The operational capabilities of the quartet are decreasing and when one (or two) aircraft fail, the remaining aircraft can not fulfil the required tasks. The Dutch MoD concluded that extensive maintenance to extend the service life of the small fleet is not effective anymore, and if they decide to do this, aircraft will be gone for a serious period of (overhaul/modification) time which decreases the operational readiness even further.

To replace the Hercules' fleet as quick as possible is financially beneficial and will improve the readiness. The once planned large overhaul/modification programme is now skipped and the fleet will be replaced.

The new transport aircraft must be capable to operate all over the world, of course in all conditions (like war time, unpaved and short runways, day/night). The aircraft must be capable to transport wounded people, and during these medical transports, high-grade medical care must continue. The new aircraft are planned for 2,400 flight hours a year, and besides the usual logistical support missions with cargo, ammunition, vehicles, pallets, and so on, the aircraft must be capable to work with a minimun of sixty paratroopers. In all cases, a range of 2,000 miles is required as well as self-prtection measures and extensive communication and information suits for participation in information steered (international) operations.

The new fleet is calculated up to 1 billion euro (USD 1,17 billion) and the Dutch MoD will choose proven of-the-shelve aircraft. It is planned that the Dutch aviation industry will be involved in the project.

Scramble Magazine recently published news items of the replacement of the C-130H(-30) fleet of 336sq Blackbulls that is based at Eindhoven air base (the Netherlands).

Reliable sources say that the Dutch government most probably will acquire five new Lockheed Martin C-130J Super Hercules for the KLu. It is not yet known if they will purchase the C-130J or the C-130J-30 or a combination of these two. There are also indications that one or two aircraft will be equipped for Dutch Special Forces operations as the Dutch MoD is further introducing such forces. A delegation of the Dutchies is reported to have visitied Lockheed Martin already.

It is also reported that the A400 is too large for the Dutch requirements (and the KLu already participate in NATO's shared Strategic Airlift Wing, equipped with the C-17A Globemeaster III). A transport aircraft like the Brazilian Embraer KC-390 Millennium is a true option as it fits in the requirements, but it is not proven yet. The KC-390 (cruising at 470kt true airspeed) is a lot faster than the C-130J (cruise 248kt) and has a high operational ceiling (36,0000ft compared to 28,000ft of the C-130J). The range of the KC-390 is a little less (1,750 miles compared to the C-130J 2,100 miles). Because of the speed of the KC-390, and its load capacity, the KC-390 is able to complete a mission with fewer aircraft than the competition. According to Embraer, a fleet of six KC-390s flying 1,350nm (2,500km) round trips were able to deliver 500 tonnes and 1,000 passengers in less than two days. The company says that is 40% faster than the C-130J.