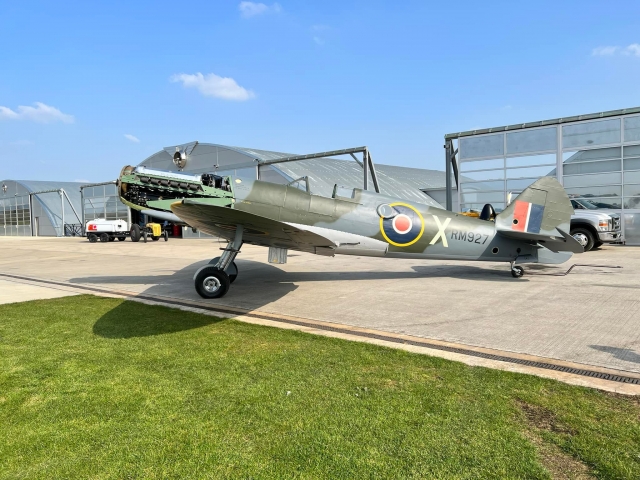 A second Spitfire for France

For many years Christophe Jacquard’s Spitfire PR.XIX PS890 (F-AZJS) was the only of its kind in France. But now, within the near future, a second Spitfire will join this machine.

The aircraft concerned, RM927 (c/n 6S/381758) is, by coincidence, not only a photo-reconnaissance FR.XIV but also a Griffon powered Spitfire too.

RM927 was flown with code ‘G9-X’ by No. 430 (Canadian) Sq. RAF, based at Eindhoven, the Netherlands. After the end of the war it was sold to the Belgische Luchtmacht (Belgian Air Force), and flew as SG-25 with code ‘3R-D’ until November 1947. After its decomissioning the wings were cut off, and as ‘IQ-W’ the Spit was used as a display in Ostend, Belgium.

In 1967 the machine was sold to the UK but within two years it ended up in the storage of the Victory Air Museum of Riverside (IL), USA. It was before 1982 that two Americans bothered to take up the restoration of RM927, but this was only the first step.

In 1995 the Spitfire went back to the UK, where Paul M. Andrews became the new owner. Several steps of the restoration were undertaken at High Wycombe, Sandown, High Wycombe again and then Biggin Hill. On the second photo project RM927 is seen as it was in December 2020 still located in the Biggin Hill Heritage Hangar, so it is obvious that alot can happen in fifteen months time. 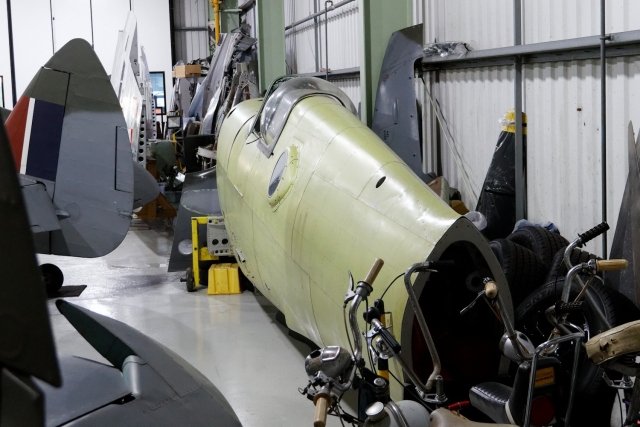 Since March 2009, the project was registered as G-JNMA. But on 24 February 2021, RM927 became G-SXIV when the new French owner W Air Collection bought it. For the final stages of the restoration the machine was trucked to Air Leasing Ltd, Sywell.

Unlike several recent ‘restorations’, almost completely new machines built around an original dataplate, RM927 is said to be 85% original! It is finished in its historically correct colourscheme of ‘X’ flown by No. 430 sq. RAF. W Air intends to base RM927 at Cerny-La Ferté-Alais, which we think is an excellent idea!