Iwan Bogels wrote:To me the MiG-25 had always been the ultimate "Red Star Aircraft" during the cold war.

For us in the non-Soviet WP airforces the MiG-25 was a "nightmare".
Russians sent MiG-25s with high-speed, at high altitude as targets - simulate SR-71 - to check our air-defence.
Most of the times to catch it - it was mission impossible.
With MiG-21, absolutely no chance.
In HuAF we had only 1! "efficient" theoretical head-on shot with MiG-23MF, SAM guys had hard times too...
I red many "dream-stories" of Foxbat intercepts over WP countries...I had doubts always

Israelis could not catch the "egyptian" MiG-25s too...

I talk about the Foxbat with AWACS guys in mid 90s, they told - they had really hot-seats in the "what-if with MiG-25" scenarios

WOAAAAAAHHHH! I'd love to hear the sound this formation produced. I bet you could have heard them from miles away!!
Greetz,

SquAdmin wrote:I bet you could have heard them from miles away!!

Our unit with 4 x MiG-21bis were deployed to there then.
The noise of those helos is memorable, but for me to see the simultaneous takeoff of the whole unit - that was more unique

It was the "Duna-84" large scale WP exercise, 396.gv.ovp. Mi-6s went to Czechoslovakia with Russian tanks and paratroopers onboard.
Few lucky guys were there where they landed, I have photos of that too:

" In the time of the Cold.War it was usus, that over the Baltic-sea fighters of NATO and Warshaw-Pact "played" intercepting of the enemy. The most hated enemy in such duells for our MiG-21 pilots was the SAAB J-35 Draken, because the Draken could fly slow and was agil under this condition. The MiG-21 stalled much earlier than the Draken and the Danish pilots loved this game till the MiG-23 came and changed the rules. "

Few pics of the "Baltic-games" - Interestingly the neutral Swedish guys liked the game very much too:
originals are here:
http://fotki.yandex.ru/users/b737/album/44438?p=1
author "b737"

These kind of Cold-War Era intercept photos are my alltime favorites.
If anybody has same pics pre 1990 - especionally unpublished negs or slides - please write to me in pm.
I am open to mart, change same shots in high-res always

Also, if anybody can help me with useful data on low-speed DACTs with Danish(Finnish) AF Drakens, pilot stories, any Links etc....please, please, please

I´m afraid I won´t be of any help, Robert, as few if any of us got to have a peek behind the Iron Curtain in those days.
All I can do is watch in awe, especially at the Yaks.

Can´t wait for your book!

N.B.: The Draken in the pictures above is Swedish, to be precise from F10 "Skanska Flygflottilj" from Angelholm.
Hans Rolink
Top

Hans Rolink wrote:I´m afraid I won´t be of any help, Robert, as few if any of us got to have a peek behind the Iron Curtain in those days.

Hans,
I think here - " I am open to mart, change same shots in high-res always

" - any photos of intercepts, occassional "meetings" with WP aircrafts in the international airspace over Baltic- North-seas....
I think, there are a lot of such pics in the drawers of Dutch, Belgian, German, Danish, Brittish, USAFE NATO pilots....these are not "secret" today, only interesting moments from history.....

Those who are monitoring this topic might wanna check this: http://www.scramble.nl/forum/viewtopic. ... 30#p356230" onclick="window.open(this.href);return false;
Greetz,

Is anybody here, who took photos at the MiG-21 visits in France, Finland, Sweden ?

(do you know the author of this shot ?)

(do you know the author of this shot ?)

The Commander of the Swedish wing is sitting in a MiG-21bis in 1975! 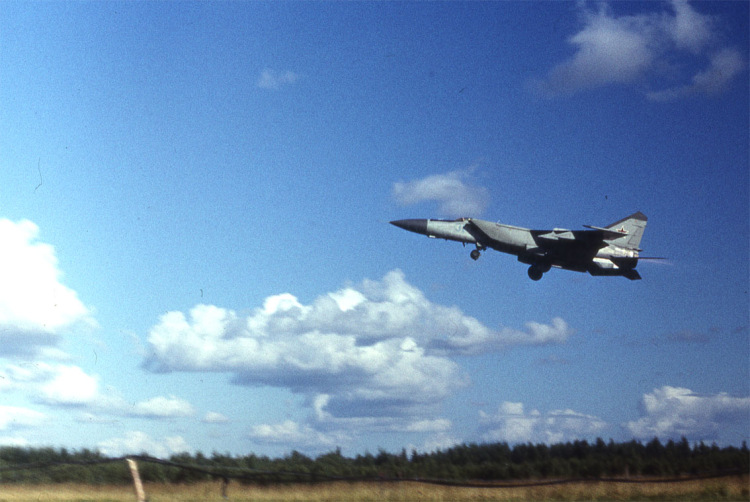 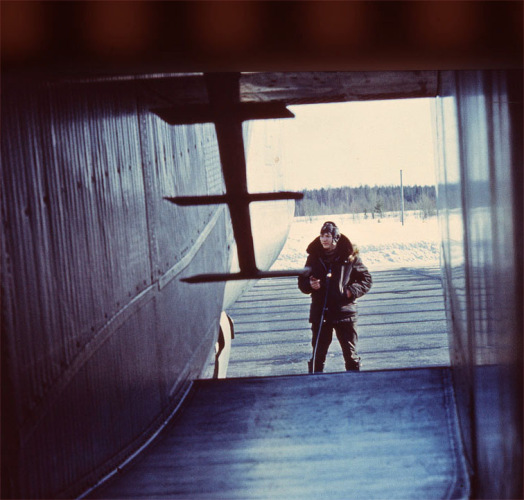 My all time favourite of those days : the Yak-28

I Will buy the book also !!