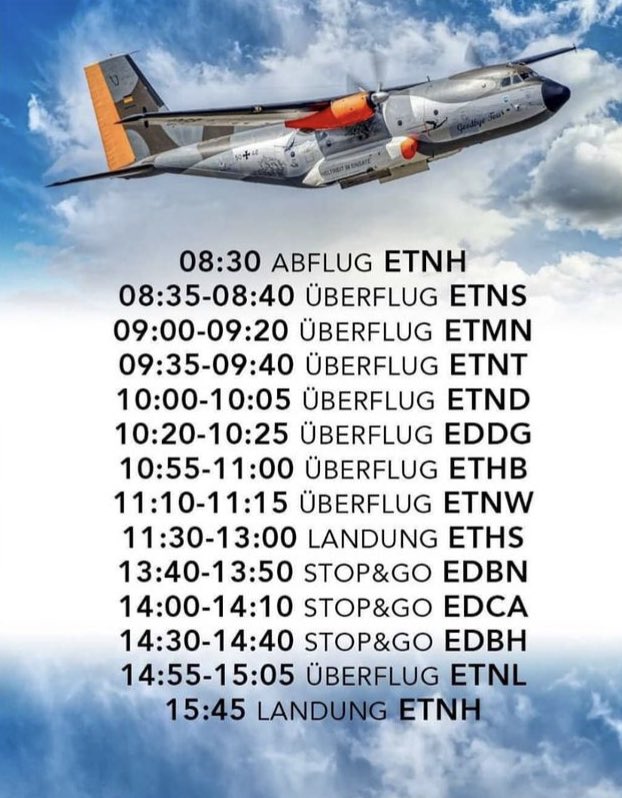 Malta airshow (planned in September) was advertising this specific Transall as one of the participants, but if the goodbye tour is already in June...??
Cheers,

I was told the type will be around until late this year.

Erik
Her eyes... She's on the dark side
Top

As confirmed by one of its staff, and announced by German media as well, LTG63 will be disbanded on 31 December this year.

A (further declining?) number of C-160s will soldier on until then, it is said. The second goodbye tour, over the south and east of Germany, is planned for 17 and 18 August.