Whatever security perimeter existed at Kabul International appears to have collapsed with Afghans running freely across its runway and taxiways.
BY TYLER ROGOWAY AUGUST 16, 2021 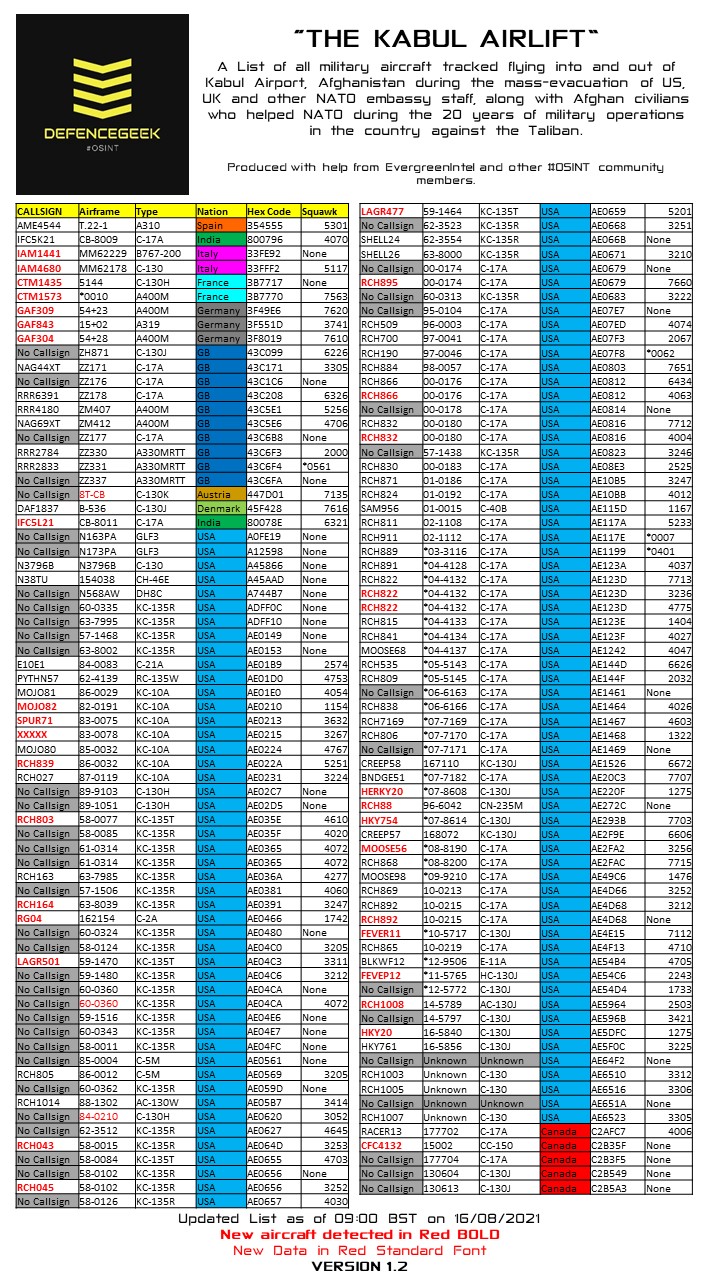 
Following the incidents in Kabul yesterday, the crew of the US Air Force C-17A (reg. 02-1109) confirmed that bodies of Afghan refugees hanging around the airplane.

Bodies were also inside the wheel bay resulting malfunction in the landing gear door.

The airplane diverted to Qatar for emergency landing.

The Air Force Office of Special Investigations is reviewing all information regarding the incident,
in coordination with Air Mobility Command and other international partners.

“OSI’s review will be thorough to ensure we obtain the facts regarding this tragic incident,” the Air Force said in a statement.
“Our hearts go out to the families of the deceased.”

The C-17, tail number 2-1109, deployed from Joint Base Lewis-McChord, Wash.
Deployed aircraft are regularly flown by aircrews from other locations.
It landed at Hamid Karzai International Airport on Aug. 16 to deliver a load of equipment to support the evacuation of both American and Afghan civilians from the country as the Taliban claimed control of Kabul.

Before the aircrew could even offload the cargo,
however, the plane was surrounded by hundreds of Afghan civilians who had breached the perimeter of the airport, according to the statement.

“Faced with a rapidly deteriorating security situation around the aircraft,
the C-17 crew decided to depart the airfield as quickly as possible,” the Air Force said.

One Globemaster III flight ferried about 640 refugees to Qatar — a crowd believed to be among the largest ever flown in the massive airframe, Defense One reported Monday.

That jet was not the same C-17 that is now under investigation, the Air Force confirmed.