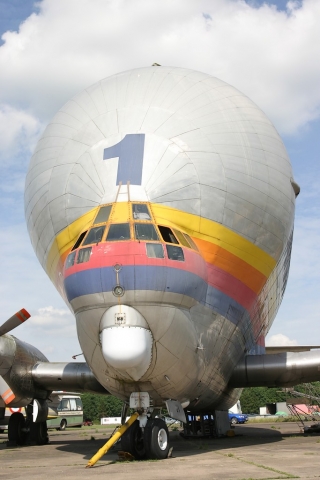 The end of Bruntingthorpe’s Super Guppy

The Super Guppy Restoration Project has announced this sad news:

“Evening all. I have an update and I'm afraid it is not good news.

She has been moved to the disposal pan, prior to being cut up. I don't know when it's going to happen, but it is inevitable. At the end of the day, it's not our aircraft and she's on somebody else’s land. We had zero say in any of this and everything we've heard has been third hand. Nobody in any position of authority has even picked up the phone to talk to us. It's a very sad end to 11 years of work and a complete waste of thousands of pounds.

We'll keep this page up, for posterity if nothing else, but we are actively looking for a new project. We've gathered a lot of kit and knowledge over the years and it'd be a shame to let that go to waste.

Any money we have left in the coffers, which isn't a great deal, will go to another restoration project, most likely the Typhoon restoration, but no decisions have been made yet. We're really very sorry and we thank you for supporting us over the years.”

Sad news indeed, what more can we say?

The machine at Bruntingthorpe is F-BTGV “1”, an Aero Spacelines Super Guppy Turbine (SGT), the first of two Super Guppies which were used by Airbus to transport aeroplane parts for the Concorde and Airbus projects to the final assembly plant in Toulouse in the early 1970s. In 1982 and 1983, two additional Super Guppies were built by UTA Industries in France. F-BTGV was retired at Bruntingthorpe on 1 July 1996, and its restoration started in 2009. 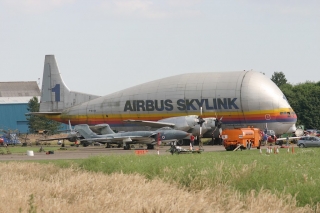 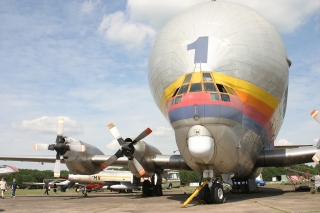