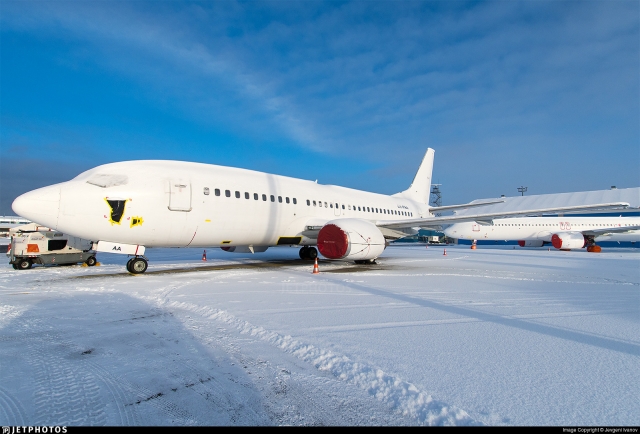 On 24 February, Babak Taghvaee, contributor of Independent Persian, reported on a curious incident that happened on 21 February and involved Fly Armenia's B737-300 EK-FAA (28873). The aircraft had gone through some maintenance and was scheduled to fly via Kiev-Gostomel to the United Arab Emirates for continued maintenance. Above Iran, however, the aircraft declared an emergency and made a successful landing at Tehran-Mehrabad.

When the, unknown, maintenance company informed why the aircraft hadn't arrived yet, the Armenian authorities initially thought the aircraft had been hijacked, before finding out about the emergency landing. But, things are not as clear as they seem, as Iranian media are reporting that the aircraft is acquired by Caspian Airlines and will join its fleet soon.

That would explain the "emergency landing", as this trick has been used before to circumvent the sanctions imposed on Iran, which prohibits it from acquiring aircraft with Western-parts. The use of (fictive) airlines in Armenia, Iraq, Uzbekistan and Kirgistan is also a common way to still get new planes in Iranian airlines fleets.

Mahan Air, for example, used the same construction to get their hands on a fleet of A340s in 2015. Originally, the aircraft were bought by Al-Naser Airlines in Iraq. However, when this airline decided to fly all of the A340s on the same day to Kazakhstan for maintenance, they all declared an emergency above Iran and landed at Tehran. And ended up in the fleet of Mahan Air.

Photo by Jevgeni Ivanov via JetPhotos.net