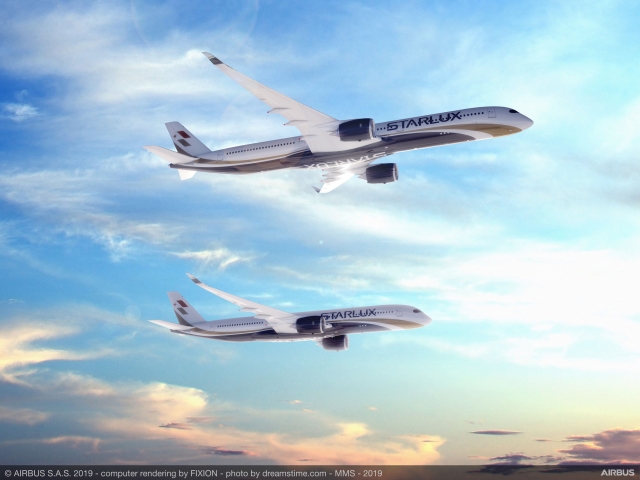 The new Taiwanese start-up carrier Starlux Airlines has been forced to alter its plans due to the Corona-pandemic and slow-down of A350-production. Due to this their first A350 is now expected to arrive in 2022, which is too late for the airline's ambitious plans. To keep their plans on track the airline has now decided to lease eight A330-900s which should all arrive before the end of next year.

Starlux also confirmed it has decided to add one A350-900 to its order-book with Airbus, taking the total number of A350s on order to eighteen (ten A350-900s and eight A350-1000s). The airline is also expecting to take delivery of their fourth A321neoLR next month and the remaining six, which will be leased, next year.

The airline launched operations in January of this year, but was forced to cease all operations in March when the pandemic caused most borders to be closed off. Since then Starlux has resumed flying from Taipei to Penang and Macau. It hopes to resume Da Nang soon and is planning to add Cebu as well.