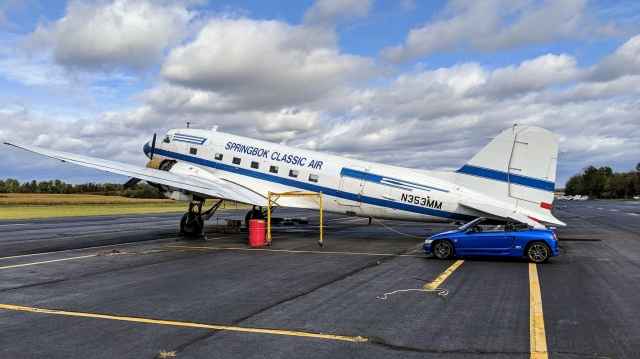 Rebirth of a Springbok Dakota

It was manufactured in the USA, but spent almost its entire life in South Africa: Dakota N353MM (construction number 13541) Owner Martin Balk of Martin Aviation LLC, Warren (NJ) USA took it to the air for the first time with a renewed Certificate of Airworthiness on 27 November 2020.

The faithful propliner had arrived from the African continent in October 2018 and has been under restoration since then. It went up for a nearly two-hour flight from Princeton to Monmouth County Airport for familiarization before returning to Princeton.

The machine was delivered as C-47A Skytrain 42-93610 to the USAAF on 9 June 1944, but already transferred to the RAF as Dakota KG674 thirteen days later. Only one month after that, on 23 July 1944 the Dak was passed on to the SAAF as 6838 and it has been in South Africa ever since. After fourteen years of SAAF service it was taken over by the Department of Transport in August 1958 and registered as ZS-CAI. It was used for a variety of duties including navaid calibration. 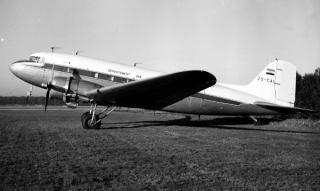 In January 2002 ZS-CAI was sold to the Democratic Republic of Congo-based Business Aviation. She returned to South Africa and spent a while parked at Wonderboom Airport. On 25 May 2007 she was bought by Skyclass Aviation and named “Marilyn”. Based at Johannesburg-Oliver Tambo International the old prop was used as freighter on return flights to Gaborone in Botswana. During 2011 ZS-CAI was sold to Lush Aviation and continued in the role of freighter. In December 2013 she experienced an engine fire in the number 2 engine whilst taxiing to the apron at Port Elizabeth Airport. Fortunately the loadmaster was able to extinguish the fire.

The engine was repaired and ZS-CAI was then acquired by Flippie Vermeulen (Springbok Flying Safaris a.k.a. Springbok Classic Air) He flew the Dak from Port Elizabeth via Orania to Johannesburg- Rand Airport on 2 September 2015. It was refurbished there to fly in Classic Air's popular aerial safaris. In 2018 ZS-CAI was sold to a new owner in the USA. It stopped for fuel on Gran Canaria island Las Palmas on 12 October 2018, before being handed over to its new owners in Bangor (ME). Via Bangor the C-47A completed its delivery to Princeton (NJ) where it arrived on 19 October 2018. 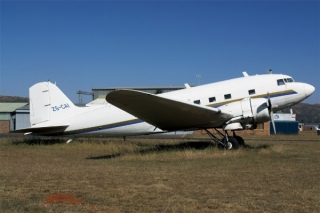 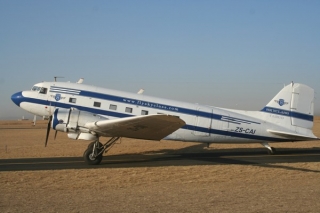