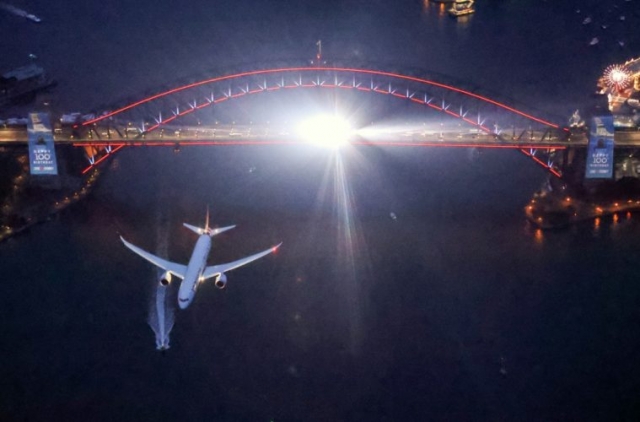 On 16 November, Qantas became the third airline to join select group of 100 year old airlines, with KLM and Avianca preceding them. Despite the difficult times, Qantas commemorated the moment by conducting a flypast over Sydney in the evening. It used their specially painted B787-9 VH-ZNJ.

Qantas was founded in 1920 and is an acronym for Queensland and Northern Territory Aerial Services Limited and grown over the years to a strong airline group. Nowadays, it not only operates the Qantas-brand, but also fully owns Jetstar Airways, Qantas Freight, Jetconnect, Eastern Australia Airlines, Sunstate Airlines (both operating as QantasLink), Network Aviation and Express Freighters Australia.

The Group also holds shares in Jetstar Asia (based in Singapore), Jetstar Japan, Fiji Airways and Alliance Airlines. It recently sold its shares in Jetstar Pacific to Vietnam Airlines, which is in the process of rebranding the airline into Pacific Airlines.

Currently, Qantas Airways has a fleet of 133 aircraft, of which around 60 are only operational. The rest is parked due to the Corona-pandemic and the airline not flying any international and also limited domestic flights.