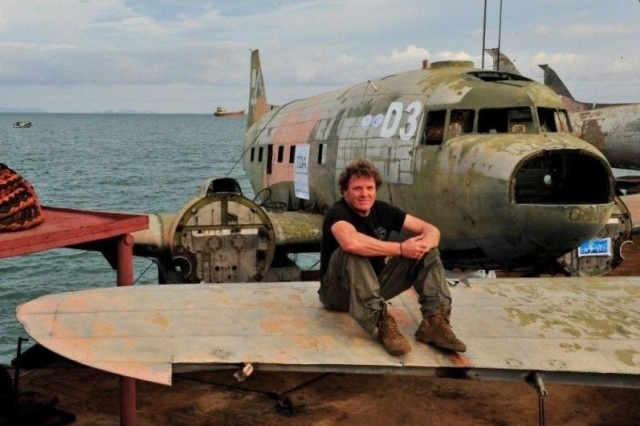 Dutch adventurer and entrepreneur Hans Wiesman (1946), by most people known as “The Dakota Hunter”, suddenly passed away on 17 March 2021.

As the son of a Shell engineer he grew up in faraway places like Borneo, Curaçao and Trinidad. In those days he experienced how it felt to fly the Douglas Dakota. The venerable DC-3 left an impression that pursued him the rest of his life.

Wiesman was known in his birthplace The Hague as the founder of the first Dutch discotheque, Club Westwood. As a successful businessman Hans could afford to travel all over the world in his quest for derelict Dakotas.

In his first book, Dakota Hunter, he describes this search, which 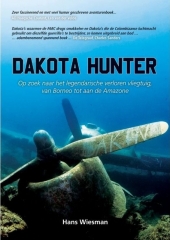 took him from Alaska to the Andes, and from the jungles of the Amazon to the African desert. Having found a Dakota, he then tried to buy and dismantle it. Some of the parts (like wing outer panels and ailerons) were shipped to the Netherlands and turned into heavy polished (expensive) furniture.

More recently he became fascinated by the Consolidated PBY Catalina amphibian. His second book was dedicated to this historic aircraft type: “80 years, a tribute to the PBY Catalina”.

Many people envied Wiesman for what he was able to do: he was the ultimate impersonation of our hobby, chasing aircraft. He will be sadly missed.