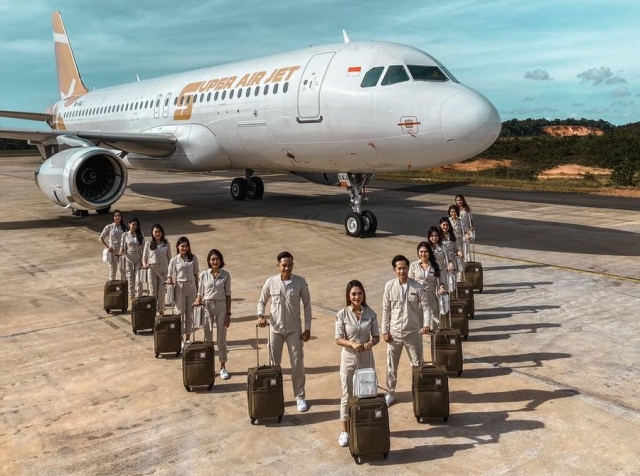 A new low-cost airline has been launched in Indonesia. The airline is called Super Air Jet and has unveiled its branding and livery. Although details are a bit sketchy, it seems the airline is part of the Lion Air Group, making it the sixth brand in the Group. According to the press-release the airlines targets Indonesian millennials that have a strong desire to travel.

Super Air Jet is set to operate the A320 and has taken delivery of its first aircraft on 22 April. The aircraft, PK-SAJ (4488) was previously in use with IndiGo. Initially, the airline will first fly domestic destinations, but also aims international expansion later on.