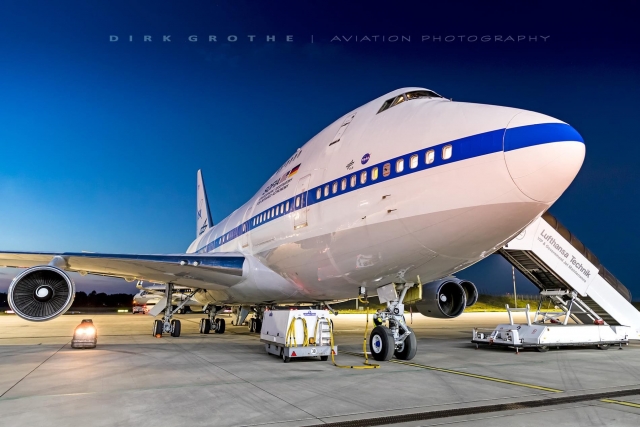 Two years later the aircraft was acquired by the NASA and operated as N145UA until 2005 when it got its current registration.

The NASA is using this aircraft in cooperation with the German DLR as an aerial telescope for the SOFIA-project. SOFIA is short for Stratospheric Observatory for Infrared Astronomy.

N747NA will be at Hamburg until February 2021 as it will receive a C-Check by Lufthansa Technik.

Dirk Grothe was present at the airport to take this great picture in the early evening light.