Namibian DC-6B destined for the USA

James Mac Ivor from San Antonio (TX) is determined to save a Douglas DC-6B. A very special DC-6B, namely the last aircraft of this type ever built, with construction number 45564, V5-NCG.

This propliner has been stored since 2010, but a new future is now imminent. James Mac Ivor, owner of Nighthawk Air Systems Inc. is especially interested in the Namibian machine, as it is one of the few DC-6s still in their original passenger configuration.

The airplane is low time since it was the last DC-6 off the Douglas line in Santa Monica (CA) and mainly used in presidential service. It accumulated only 10,000 hours total time. In the past three years, the new owner has gathered four zero-time engines, which will be assembled when the time is ripe.

In 1975 the DC-6B was donated to Zambia, where it flew as GMB 112, the presidential aircraft of President Kaunda. In 1992 the propliner was sold to Namibia Commercial Aviation and registered as V5-NCG.

And -nice to know- the sister ship, the second-to-the-last built DC-6B, is the one that was sold to Red Bull. It now flies as OE-LDM. 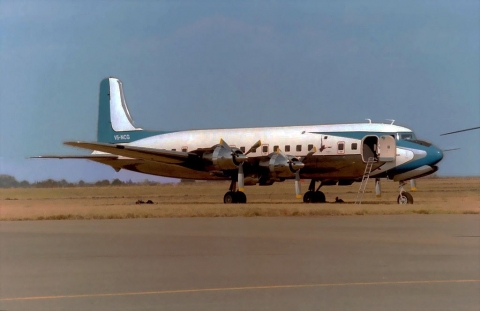 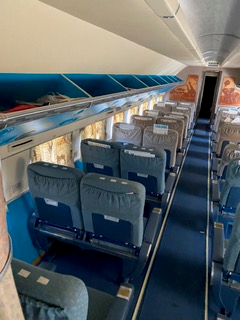