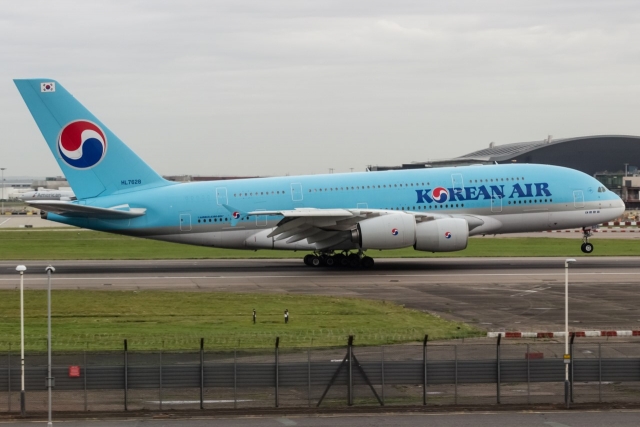 In an interview with Flight Global, the CEO of Korean Air has said the airline plans to retire its A380s within five years and its B747-8s to follow soon, within ten years. The CEO didn't mention if this would also be the case for Asiana's A380s which it will obtain after the merger but we can expect so.

Korean Air currently has a fleet of ten A380s (of which only one is in operation) and ten B747-8s (of which also only one is flying). Asiana itself has six A380s which are all stored.

In the interview the CEO said he isn't planning to replace the capacity with new aircraft like the B777-9, although he doesn't rule it out completely. However, with open orders for ten B787-9s and twenty B787-10s and the upcoming merger with Asiana, Korean Air thinks it has sufficient capacity. Next to the open widebody orders, Korean Air also has open orders for 30 A321neos and 30 B737-8s.