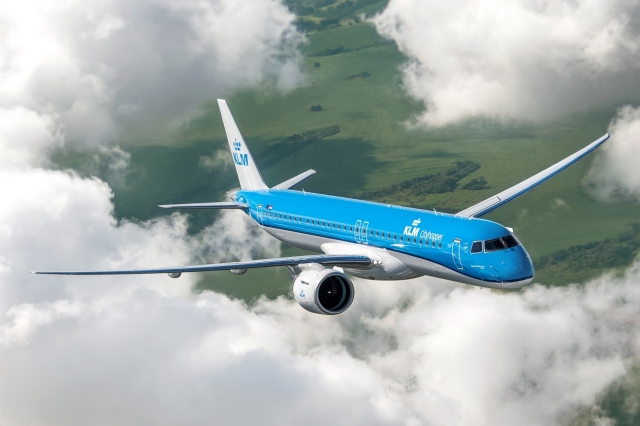 On 23 February, KLM cityhopper took delivery of its first E195-E2. The aircraft, registered PH-NXA (19020045) is expected to arrive at Amsterdam-Schiphol on 25 February. The second aircraft is also ready to go and PH-NXB (19020047) will be handed over on 26 February and arrive at Schiphol on 28 February.

Very silently, KLM cityhopper has decided to firm up four options of its fourteen options on the E195-E2, meaning the airline will now take delivery of at least 25 E195-E2s. All aircraft, including the four additional ones, will be leased via Aircastle and ICBC Leasing.