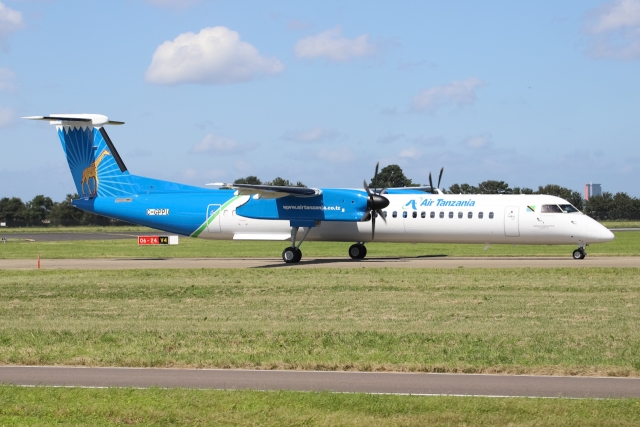 On 28 July, the final newly built passenger DHC-8 was delivered. The aircraft, a DHC-8-400 registered C-GPPU (4624) is going to Air Tanzania and will become 5H-TCK. It was photographed by Sjaak Louwen when it passed through Rotterdam on its ferry-flight to Africa on 29 July.

The very final DHC-8 is c/n 4633, which will be delivered in the coming weeks to the Securité Civile and has already been spotted in Canada. Officially, DeHavilland has said it is pausing production as it needed to vacate its leased production facility at Toronto-Downsview. But, with many DHC-8-400s parked around the world, the business case for newly built may not be there anymore. In total, 630 DHC-8-400s have been produced.