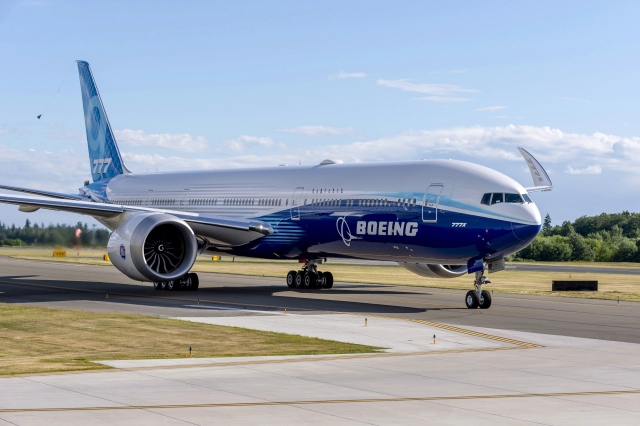 The FAA has denied Boeing to move forward with an important step to certify its newest variant of the Triple Seven, the B777X. It informed the manufacturer in May and said that Boeing would probably need to increase the number of test flights and that the eventual certification is now realistically able in late 2023. This means entry into commercial service would be early 2024, four years later than the original planned 2020.

According to the letter sent to Boeing, the FAA has a long list of concerns which are especially focusing on an "uncommanded pitch event" during a test flight on 8 December 2020. After the event, Boeing planned a major software update but the FAA is not convinced and also states in the letter that "a critical avionics system proposed for the airplane does not meet requirements".

The slowdown of certification of the B777X is another blow to Boeing as it struggles to deliver on other programmes as well. Despite the recertification of the B737MAX after its 21 months of grounding, deliveries are not going as smoothly and were needed to be halted for a while which was also the case for the B787. The manufacturer is also struggling with the KC-46 tanker programme to meet the requirements and deliver on target.