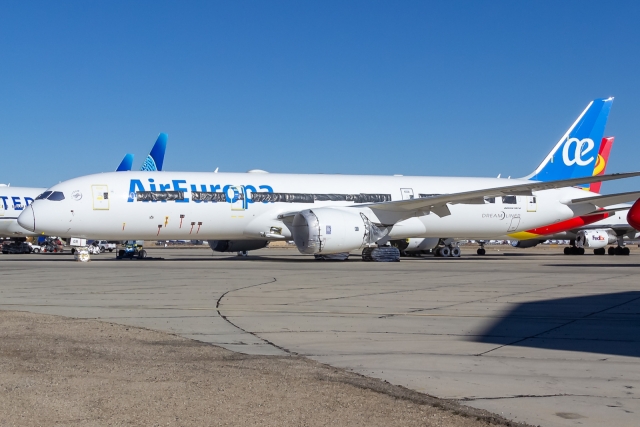 There's light at the end of the tunnel for Boeing as the FAA has approved Boeing's approach to solve the B787-issues and will be allowed to resume deliveries of the Dreamliner. It's expected that the first B787 to be delivered again will be one for American Airlines on 8 August. According to sources, around 120 B787s are awaiting delivery and are stored at various airports like Charleston (SC) and Victorville (CA).

Delivering a B787 will still be a time consuming process as the FAA needs to clear each individual aircraft and certify it before it can be handed over to the customer. It's expected that Boeing will be allowed to self-certify again from next year onwards.

Boeing was forced to halt all deliveries since July 2021 after production issues were found in fuselage joints, revealing many holes that weren't plugged properly. Before being allowed to resume deliveries, the manufacturer had to adjust its production routines as well as fix all the produced aircraft.